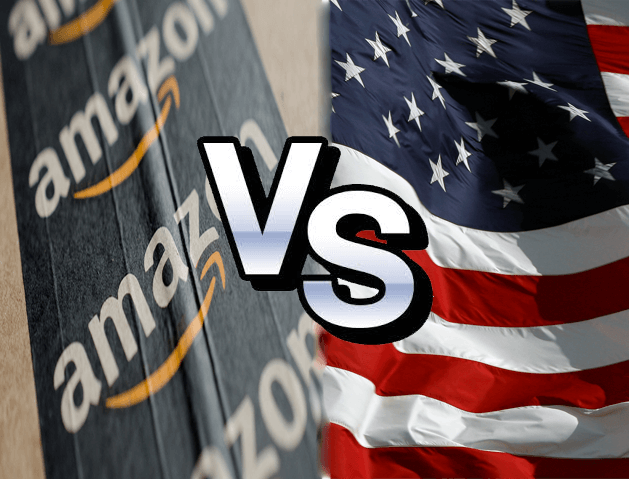 The following article attempts to state that Amazon is broke, yet successful, so the United States should follow in the same footsteps and be broke and successful too. However, while there are some good points about investing for the future, there are also many flaws in the article which was recently written on November 1st 2015.

First of all, Amazon isn’t broke at all. Far from it. Amazon doesn’t need to borrow money from anyone, but it does anyways likely because much of its cash is overseas, and it wants to spend money in America. The saying usually goes that when you need money no one wants to give it to you, and when you no longer need it, everyone is willing to give it to you. The latter is the case with Amazon, which has $17 billion in its balance sheet and only owes $8 billion. That’s a net surplus, so in fact Amazon doesn’t have any deficit at all.

The article then states that Amazon loses money every quarter. Companies usually can only do this for so long until they go broke, but Amazon has always had this under control. For every quarter they lose money, it eats away at their assets. Amazon has always had so much cash on their balance sheet that they could afford to lose money in every quarter for years and years. Fortunately for Amazon, they actually don’t lose that much money relative to their $17 billion war chest. Amazon’s profit fluctuates yearly, however they continue to increase spending each year to plow back as much as they cant into the company. This is perfectly sustainable. 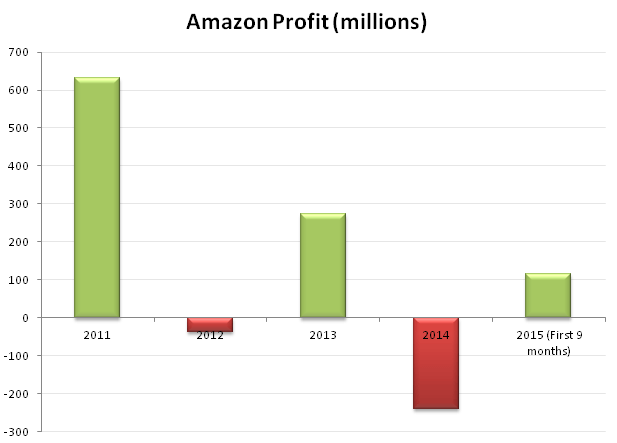 Amazon’s size is approximately $300 billion. Thus it can issue shares when it needs to raise large sums of cash quickly to fund big projects. However this dilutes shareholders. This is similar to the US printing money, which dilutes the currency. So in a sense, Amazon stock is its own currency. The firm’s revenue has constantly been growing over the years at an approximate 20% clip. The US GDP has slowed down and is lucky to grow at 2%. This means that Amazon sees huge investment opportunities in order to rapidly grow its revenue. 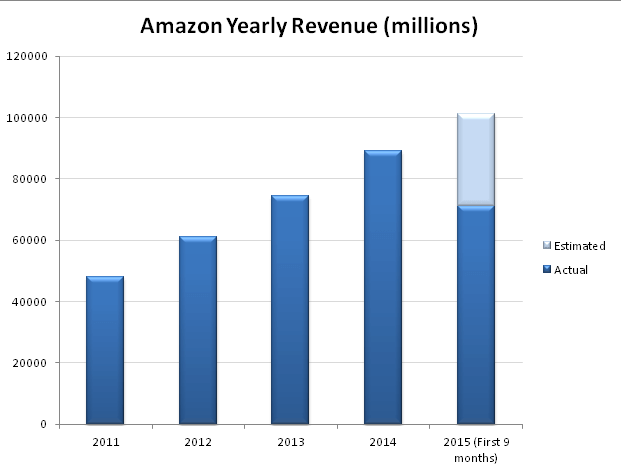 Therefore it’s pretty clear that Amazon has positioned itself very well and spends within its means. The US government isn’t a fast growing tech company and probably should not be compared to one. If the US was Amazon, it would be equivalent to Amazon having no cash on hand, $120 billion in debt, and continuously losing about $8 billion every year. Sorry but Amazon doesn’t look like that, the US does. The US deficit is now larger than its GDP. GDP is comparable to a company’s revenue, while the US deficit is comparable to a company’s debt. When a company can no longer make its debt payments, it goes bankrupt. When the US can’t afford to pay its debt, it simply prints more money and increases its debt. The US deficit is getting out of control and continues to grow at a rapid pace as the country cannot balance its budget. This can be turned out with strong leadership and good financial strategy, but currently, the debt load continues to grow. It’s perfectly fine for countries and companies to have debt, though it is never positive to see this get out of hand. We see what happens to companies with too much debt, and in contract the United State debt is “fine” for now, but it could harm future generations to come and leave them worse off than we are today if the country doesn’t get its act together.