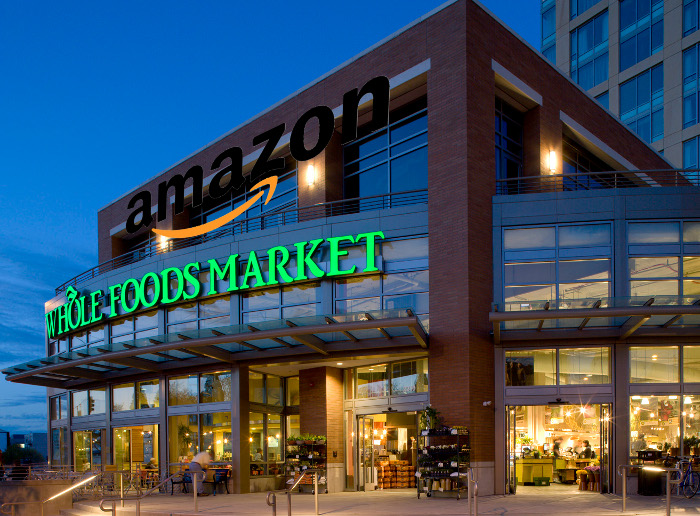 In April of 2017 we wrote an article Jana Partners Bets Big On A Whole Foods Turnaround. Jana Partners took it's second alternative which was to sell off Whole Foods for a quick gain instead of painstakingly trying to turn the company around. The stock was in the min 30's at the time, but it now up to $42 a share thanks to Amazon's $13.7B acquisition.

With Amazon as its new parent company, Whole Foods may actually be in very good hands and can turn itself around with Amazon's guidance. Not only this, but new synergies will arise from the Amazon-Whole Foods coalition, which could disrupt the grocery business, something that no one thought would be possible.

Meanwhile, Amazon has been testing out grocery stores on a small scale, to learn more and to collect more data. Amazon intends to bring products and service out of the virtual world, back into the physical world, to help consumers with discovery, and of course to learn more. The company also has food delivery in some states, in under 2 hours, which itself is a disruption to how people shop for groceries.

In May we outlined how technology could disrupt grocery stores such as Costco: Can the Costco Experience Keep up with Changing Technology? It may only be a matter of time before technology transforms the way people shop. With a breaking acquisition, Amazon has shaken up the industry and could rapidly speed up this process. There are many pains of doing the repetitive grocery shopping routine, that Amazon can revolutionize for consumers with its already-existing website and super-fast delivery service. For example, what if Prime members got their groceries delivered to their front door for free each week? What if, when you visited a Whole Foods, Amazon learned more about your tastes and interests, and offered you relevant products or services the next time you were on their website?

Bottom Line: Amazon has plans to combine technology with grocery stores which could disrupt the industry. Jana Partners was in Whole Foods for a quick gain, but Amazon could transform the way we buy food which could take companies like Walmart, Kroger, Costco, and many more off guard. The Whole Foods acquisition quickly gives Amazon a nationwide footprint to begin working out its futuristic vision.

Investors At Bay with Oil and Gas Company Baytex Corp