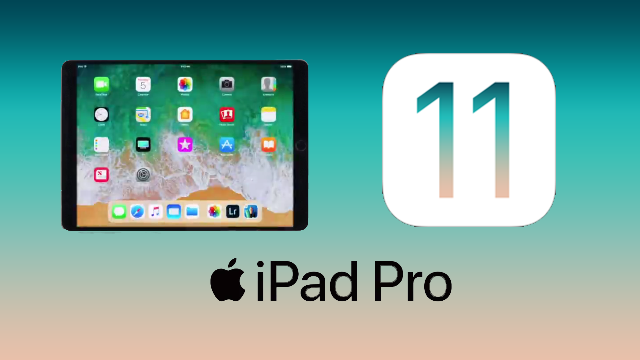 Apple has prepared 6 new How To... videos designed to push the iPad Pro in combination with iOS 11. iOS 11 was released to developers back in early June, and should be ready for the public by Fall of this year. Developers usually get to use the platform first as they can create their own apps to make use of the new functionality and Apple can also iron out any bugs before the platform reaches the masses.

iOS 11 will sport some visual improvements such as a new Control Center, and iPad Dock, new design elements, and more. However the two main features that stand out are Drag and Drop, and P2P Apple Pay.

Drag and Drop is familiar and necessary on Desktop operating systems, however it has taken a long time to be perfected on Mobile. This feature will allow text, images, and other files to be moved between different apps seamlessly. The multi-touch feature allows multiple things to be moved in this way at the same time - something that will bring this feature up to par or even make it better than its Desktop counterpart.

Peer to Peer Apple Pay will allow people to pay each other digitally without needing to get cash or find a bank, etc. This is a surprisingly large, growing, and lucrative market, and Apple will have it built into its platform which could mean bad news for competitors Square Cash and Paypal's Venmo. Money can be sent in messages, even more seamlessly than a wire transfer. This will instantly allow Apple to not only popularize and to take market share in this growing mode of money transfer.

The iPad hasn't fared well according to the analysts, and its growth has definitely peaked and slowed. Apple has a partnership with IBM to bring the iPad into the enterprise, and it may be working slowly. However Apple's 6 new How To ads aim at promoting the iPad Pro in conjunction with iOS11. Showing off its features and how simple the iPad Pro will be to work with, could catch some business' attention. Apple's goal is to make the iPad mainstream in every workplace. As company's have larger budgets than individuals, this initiative could be more lucrative then the consumer side of iPad.