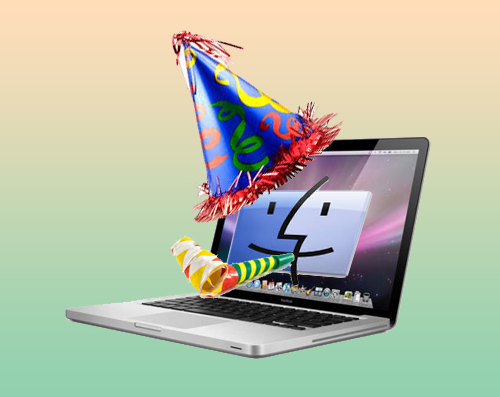 It's no joke, Apple is turning 41. That's pretty old for a company that's still very popular with the younger generation, and continues to hit new stock market highs.

The company has certainly accomplished a lot over the last 41 years, but lately investors feel that they have slowed down on the innovation front.

That said, rumours are now floating around that Apple is investing in virtual reality and augmented reality, as well as an automotive platform. While we still have to wait and see what the company has in store, these two verticals will correspond to large markets and the potential to drive future growth. It would be interesting to see what innovations Apple will come up with for a next generation VR or AR system. Though some say that the iPhone 8 will have much better AR support built in.

It could still take years for some of these other initiatives such as automotive to catch on. In the meantime, Apple Pay is weeping the world despite what investors thought of as a slow start. Apple's services business is the main driver for growth at the current time, though it is still so small that it does not move the needle much yet. Really it is still the sale of iPhones which generates most of the company's revenue and adds more users to the services platform that is keeping the company growing.

As the industry shifts to different technologies such as VR, AR, and automotive, Apple isn't the market leader this time round. However the company could quickly innovate in these areas and come out with something new that hasn't been seen before, and dig back down to its core roots.