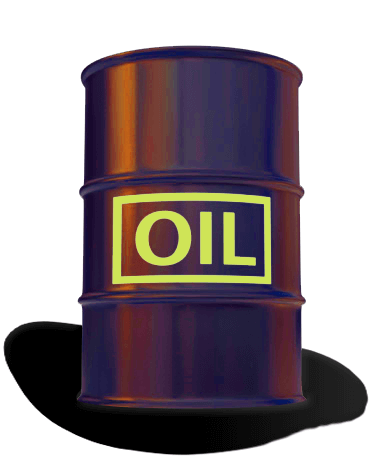 The HOU is an ETF that claims to track 200% of the daily performance of oil. While the ETF certainly tracks the daily moves, holding the stock long term has proven to be an extremely dangerous way to play the price of oil. The fund loses money over time and this is accelerated each month by the rollover in the oil futures.

Consider that the last time oil was at $50 a barrel, the HOU was a $9 stock. Now, months later, oil is at $40 a barrel and the HOU is a $3.55 stock. Even if oil were to jump to $50 tomorrow, a 25% gain, one would expect that the HOU would increase by double that amount (hence the 200% performance gain) and so a 50% increase would lead to a $5.33 stock, which is still nowhere near the $9 it once was. The HOU is likely never to reach its highs ever again thanks to its decaying properties.

HOU is dragged downward by volatile moves. If oil increases by 10% in a single day the HOU gets a nice 20% boost. However if the same 10% move occurred evenly over a 5 day period (increasing approximately 1.9% each day for 5 days such that oil was up exactly 10% over the 5 day period) the HOU would actually be up 20.78% thus eeking out an extra gain. That gain is lost when the ETF makes a rapid move higher.

Horizon Beta Pro (clearly still in beta mode) also had the HOD, which is the 200% inverse bear on oil. One would expect that an upward move in the HOU would lead to an equivalent downward move in the HOD. This works short term, but over a longer 5-year term, both ETFs slowly decay and head lower.

Furthermore, contract rollovers are constantly eating away at the HOU each month. In order to avoid receiving the physical barrels of oil, the ETF must rollover its contracts each month. For example, around November 20th the HOU rolls over its December contracts, and purchases January contracts. However the further out into the future, the more expensive the contracts usually are. Currently the December contract which is about to be sold is $40.54 while the January contract which is about to be bought is $41.94. Effectively, the price of oil just went up by $1.40, but the HOU didn’t move. It did not participate at all in that gain, and loses upside. This is one of the main reasons why the HOU rapidly decays in value.

Oil investors beware, the HOU ETF should be avoided completely or only used for very short term moves. Sticking around this ETF is dangerous as the fund leaks money quickly through contract rollovers and volatile moves.