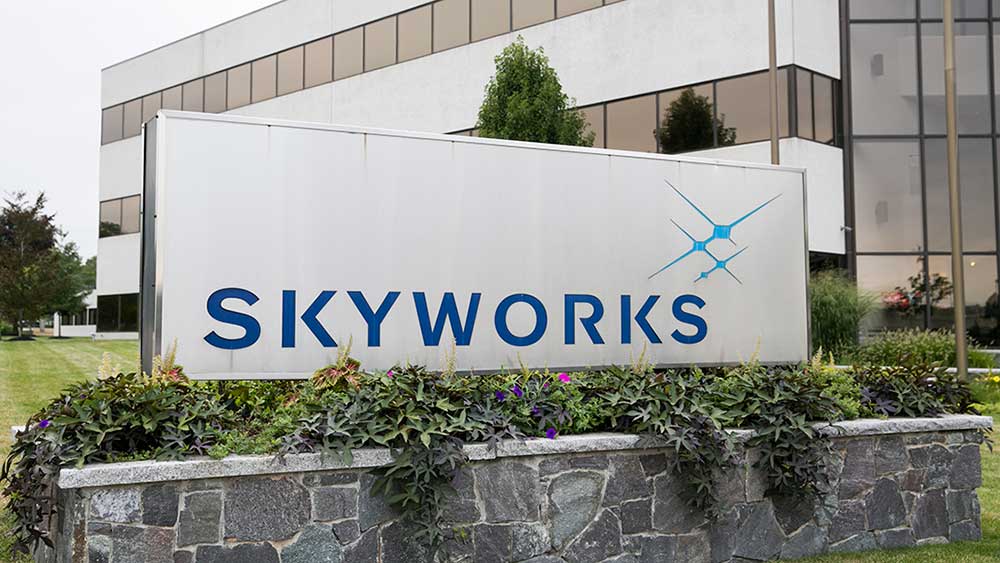 The hot hands jumped out of Skyworks stock after the closing bell today, sending the shares down over 5.1%. While the shares closed up 2.77% in today's trading, all of these gains and then some were wiped out after investors saw the company's Q4 results.

Skyworks received multiple congratulations from the analysts, mainly due to the company's solid execution. Revenue grew to an all time high of $985 million, up 18% when compared to Q4 of last year. Gross margins continued to expand, widening by 30 basis points while operating margins were up 150 basis points. Earnings were a whopping $1.82 per share, up 24% year over year and 7 cents ahead of consensus. Cash flow also increased up 34% and net income for the year was up 16% when compared last year. Half of Skyworks' $1.6B in cash is located offshore.

Skyworks Solutions touted that it was poud to power smart phones such as the Samsung Galaxy and Note platforms. Of course Skyworks also powers the iPhone 8, 8 Plus, and the iPhone X, except that it cannot talk about its largest customer on the call. An iFixit report suggests that Skyworks has 4 chips in the iPhone 8 and 5 chips in the iPhone X. Based on Apple's strong demand for iPhone X, and Skyworks' content increases, this trend will back their increased revenue and future guidance.

The chip company also enabled Huawei's smartphone with its SkyOne product. Huawei and Samsung are head to head for being Skyworks' number 2 customer. Skywork's power ampliphiers also power Sonos and Amazon Alexa, various smartwatches, and Cisco smart lighting. CEO Liam Griffin emphasizes the large opportunity for wearables, AI, autonomous cars, machine to machine, and other applications that would not be possible without Skyworks lower power and highly efficient technology.

Skyworks' products are becoming more ubiquitous as every device on the planet is becoming connected to the internet. There are still 2 billion people in the world who do not have connection to the internet, and so there is still opportunity ahead. Given that the world is still using 2G, 3G, and 4G technologies, there is also a vast opportunity for 5G which will enabled much high speed and low latency needed for autonomous vehicles for example.

Guidance for the holiday quarter is $1.05B in revenue with 51%-51.5% gross margin. EPS is expected to be $1.91 per share, a 19% increase, showing accelerating growth. This will be the first time that revenue is expected to be over $1 billion.