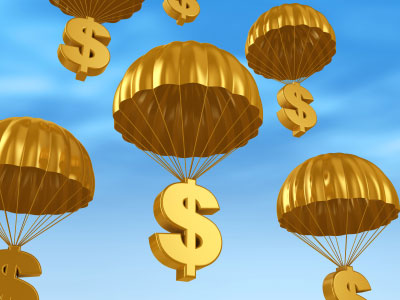 Home Capital Group Inc. has chosen a new CEO and has received an investment from famed investor Warren Buffet, but difficulties could persist as it is likely that new regulation tighten standards on uninsured mortgages; the company has $21.6 billion of assets with approximately $12 billion of this amount being uninsured.

Buffett purchased 16 million shares on June 22 and committed to purchasing another 24 million shares—however, this second tranche is subject to shareholder approval in September. If approved, Buffett's ownership would increase from 20% to 40% approximately. Home Capital Group Inc.'s shares surged higher on June 22nd on news that the troubled mortgage lender had arranged support from Buffet; while the price initially increased to $19, it is now back to where it started before Buffett invsted.

Buffett ,also, provided a $2 billion credit line with a similar interest rate to that of Healthcare of Ontario Pension Plan (HOOP). The price tag of having Buffett invest may be rich; Buffett purchased his initial investment at $9.55 even though the stock closed at $14.94 the day before, making for a near 40% discount for Buffett. Also, the Berkshire credit facility charges an interest rate of 9% to 9.5% on $2 billion. This means, that Berkshire can ensure it doesn't lose money even if the stock goes to $0. As Berkshire will likely receive interest payments in excess of $100 million over the following year.

Investors Waiting For Their Man