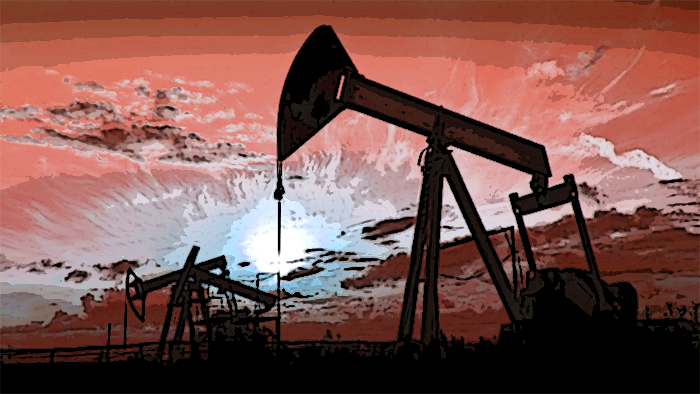 The oil complex seems to be pretty happy with President Trump's pro-fossil fuel agenda, but will it actually help the oil companies be more profitable?

The president aims to bring the US to energy independence by increasing production of all forms of energy including fossil fuels. Currently the US imports approximately 10 million barrels of oil per day to satisfy its thirst for energy. By increasing the amount of drilling in the United States this could have adverse effects on the price of of oil and climate change.

The first thought that comes to mind is that increased supply should put downward pressure on prices. However this boosted supply may replace oil that is imported if the demand for oil stays the same. For example if the US was suddenly able to produce 10m more barrels of oil per day, it would immediately have an excess of oil which would cause the price to fall. But if overtime, it stopped importing oil, then the US would be come self sufficient and completely energy independent. The price of oil is set globally, and other countries that used to export to the US will now be looking for new customers and will likely have to give a discount on the price per barrel given the increased supply worldwide. All that said, the demand for oil is predicted to grow over the next 5 to 10 years which can eat up supply and allow prices to rise. Of course if a newer, greener technology were to somehow replace oil, then prices would definitely be impacted negatively.

Climate change would only be affected if the demand for oil were to increase. Assuming for a second that the demand for oil remained constant, then a US drilling spree should only replace the oil that is being imported and would not cause more barrels to be burnt.

Going back to the original question that was posed, would US oil companies make more money, the short answer is that some would and some would not. Replacing imports with home-drilled oil, means that US companies have the opportunity to increase their production volume, albeit selling potentially at a lower price per barrel (as world supply would drive down oil prices). The companies that currently import oil may lose on that business, but the companies that have low production costs and could increase production would be able to thrive.