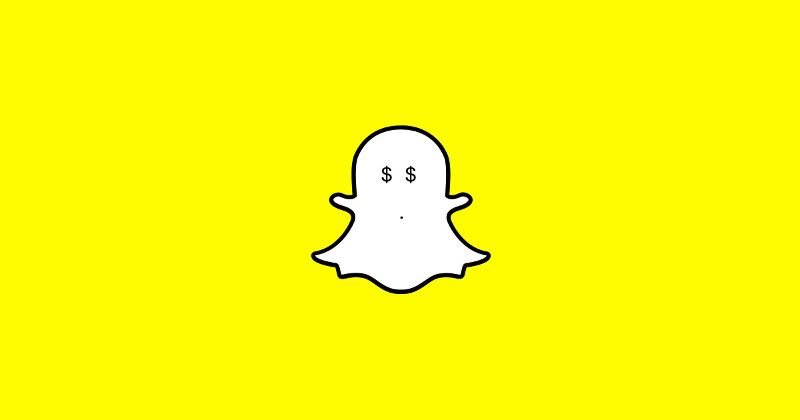 Earlier in the year we wrote a series of articles found here and here, detailing the challenges that Snap will face post IPO. It's largest competitor, Facebook, has done its best to try and take down the popular Snapchat app, and it seems to be working. All of Facebook, Instagram and Whatsapp have integrated popular Snapchat-like features, moving the attention to Facebook's platforms rather than Snapchat.

Snap Inc just reported quarterly results late last week, and investors were less than satisfied, sending the stock down 14% in one day. Today, Snap stocked popped back 9%, before falling slightly to only being up 5%. Snap is heavily shorted with 17% of the float sold short. Investors were even paying premium fee prices to short the stock which is scarcely available to borrow. Thus short covering is imminent, which could be the cause of today's snap-back, followed by renewed short positions.

Hedge fund manager, David Tepper, came on TV when Snap was in the $24 range and said he sold some shares, though he would be buying back at $17 - the IPO price. However the stock fell through $17 and still looks expensive based on traditional metrics at its current $12.50 price.

In 2014, Facebook paid $19B for Whatsapp, when it had 420 million users and was growing like a weed. Snap has 173 million users, less than half that of what Whatsapp had back then, but Snap has a market cap of $14B. That's not to say that Snap can't be acquired by larger outfit such as Google or Microsoft for example, who can put marketing dollars behind it and integrate it into their own platforms to spur growth. However they would need to pay a large premium to get a company half of that of Facebook's Whatsapp, but for a similar price. On top of this however, Snap's growth is slowing while Whatsapp growth accelerated at the time. Snap only added 7 million users, which is down from 8 million in the previous quarter.

Investors have been disappointed with Snap's growth ever since its extravagant road show brought in less attraction than expected. Since Snap is losing money, and has low revenues relative to its valuation ($623M in revenue in the last 12 months means that they are trading at over 20x sales), but the company is growing like a weed. It's growth its crucial to its future success, and its current valuation hinges on its rapid growth. If Facebook's initiatives can put a dent in Snap's growth, investors will need to re-adjust their models which can drastically lower the future cash flows even with just a small change in the growth rate. Twitter, which has a smaller valuation than Snap, suffers from this lack of growth problem, despite its larger revenues.

The bottom line is that Snap can bounce back on the short covering, but in order to make a real snap back, the company needs to show investors that its growth rate is healthy and that future revenues are safe.