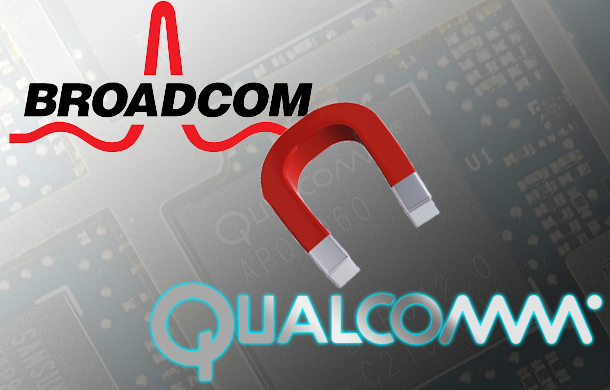 Reports have surfaced that Broadcom is interested in making a deal to purchase chipmaker Qualcomm in the largest semiconductor deal in history. The new Broadcom was already formed through one of the largest semiconductor deals in history, but is looking to top that acquisition. Broadcom was created through the $37 billion purchase by Avago and the new company took Broadcom’s name and now trades with a market cap value of over $110 billion, which is large enough to swallow Qualcomm, currently at $90 billion in market capitalization.

Avago was originally founded in 1961 as a division of HP, but became Avago Technologies in 2005. Avago grew organically and through acquisition, as it devoured companies such as LSI Corp in 2013 for $6.6B and Broadcom in 2015 for $37B. Broadcom has also historically had a strong appetite for acquisition. It acquired over 50 companies from 1999 to 2015 when it joined forces with Avago. The combined company is well known for its Raspberry Pi product, but it also has many core technologies such as modems, wifi chips, GPS, and optical sensors. 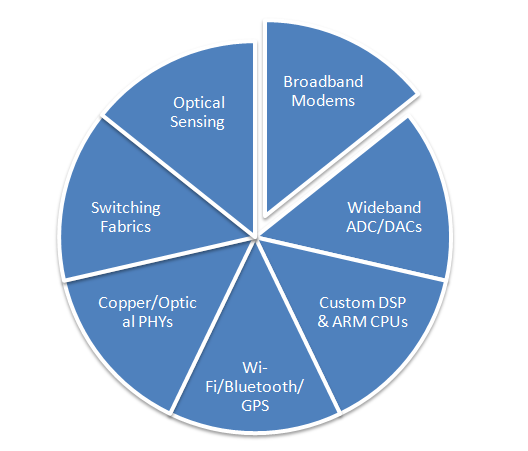 Broadcom has set its sights on Qualcomm, which is the struggling giant in the industry. Qualcomm is the leader in wireless chip technology but has been struggling as of late thanks to its quarrel with its customer, Apple. Qualcomm has been down on its luck, as it may have to pay Apple billions in its legal battle. However Broadcom is swooping in on this opportunity to further consolidate the industry. Qualcomm has a huge list of acquisitions under its belt and would make a perfect fit for Broadcom as many of their products overlap. In addition, it would be able to see a larger scale for its products and get a higher chip content into mobile phones.

With fewer phone makers out there, chip makers are under a lot of pressure to reduce the costs of their chips, and this move could help these companies realize that dream. Avago itself has been consolidating rapidly, and it quickly increasing its revenue and profits as it gains more control and leverage over its customers. The combination with Qualcomm would create a massive chip company that could use its size to reduce the cost of producing chips, have more leverage towards customers such as Apple and Samsung, and take out another competitor from the ever shrinking semiconductor playing field.

Investors have been cheering every time there is an acquisition in the semiconductor space, as the industry suffered for years due to increased competition. Under a single roof, prices can increase, and consolation should actually help the entire industry by removing a competitor who is looking for increased margins. With regards to acquisitions Broadcom is already in the midst of another deal with Brocade, and Qualcomm is buying NXP Semiconductors. If all these deals go through, it could create a massive company in the industry that can even begin to rival Intel. These deals will likely be allowed thanks to Intel’s dominance within the industry. However there is no reason why other chip competitors couldn’t merge. For example, just recently the playing field was made up of Qorvo, Skyworks Solutions, and Avago as 3 mid-tier players. Avago has moved away from the pack and has swallowed up many large companies along the way. Perhaps now Skyworks and Qorvo – two competitors – could merge in order to take on Avago.

We're Still Having Fun and You're Still the 'Capital' One

Speed is the Ultimate Weapon (TSLA)