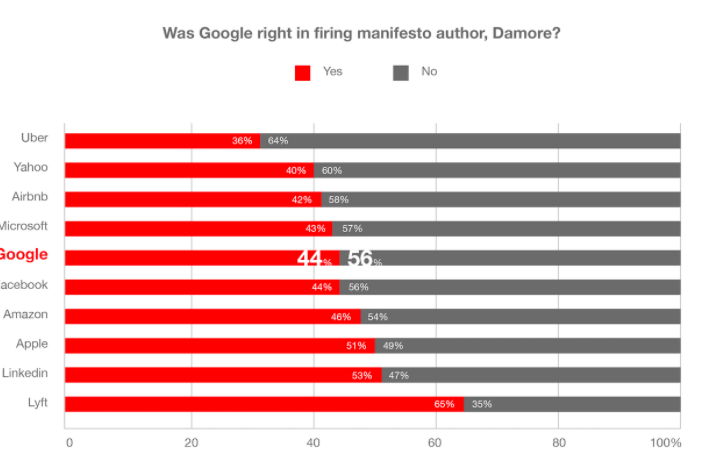 According to Fortune the memo released by a Google employee late last week is its new CEO's, Sundar Pichai’s, greatest challenge. On Monday, Google announced that it fired the employee, James Damore, the author of the memo. The majority of Google personnel appear to disagree. And, according to Damore, many employees were supportive of his memo. Damore said the company is hostile to people with conservative viewpoints; Google disagreed and fired him for this opinion.

Damore is currently pursuing legal action against the company. Many notable media outlets have reported that Damore said that women weren't as good as men at coding but the paper does not say this. According to Washington Post's Sara Boettcher, this paper is evidence that tech sexism is everywhere and part of every tech gadget you use. However, Damore stated in his paper:

Damore added in an interview yesterday that he believes there are biological gender differences between women and men who each have different strengths. He said, right now coding is geared towards an individual star coder and more collaboration, which he believes women excel at, would increase opportunities for women in tech. However, he believes the current policies won't help women in tech and isolate men in tech. Many felt the paper was a sexist manifesto including Google's CEO who said, "to suggest a group of our colleagues have traits that make them less biologically suited to that work is offensive and not OK."

"Anyone who deviates from the talking points of the liberal left is shunned, shamed and forced out," said Andrew Torba the CEO of the social network Gab.