Crypto Currencies Hit A Fork In The Road 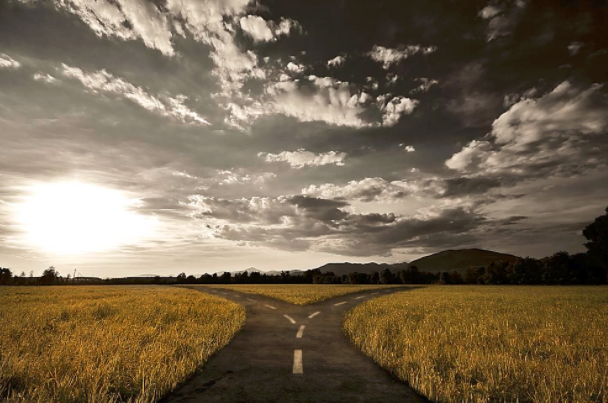 Several Crypto currencies are down more than 5% today with Ethereum leading the charge. Ethereum may be less known to the public, but it has 93 million coins in circulation worth approximately $21 billion, more than half of Bitcoin's value. The price of Ethereum has crashed recently for various reasons. For instance, on June 26, there was an erroneous rumor of the founder's death, causing a crash in the currency.

Crypto currencies are often programmed to be based on highly deflationary economics–there are only a certain amount of bitcoins or Ethers(for Ethereum) that can be mined each year; this means as demand goes up for the currency and supply stays somewhat fixed that the price has to increase in value. The reverse of this would happen if there was a huge amount of coins added to the system or mined. For instance, in 1849, during the San Francisco Gold Rush, the finding of gold created tremendous inflationary pressure as there was more gold and around the same size of the economy causing a drop in price.

Bitcoin and Ethereum run on the blockchain in which a decentralized user base checks transactions by running nodes. A node is a computer connected to the Bitcoin network using a client that performs the task of validating and relaying transactions. The cost to run this can be a contentious issue. Currently, the cost is spread across a decentralized base that is provided for by its users for free, meaning it doesn't cost money to send a bitcoin over to someone else. This might not always be the case as bitcoin gets more expensive to run nodes may want compensation–in fact, some reports suggest Bitcoin's energy consumption will equal that of Denmark by 2020.

"Bitcoin transactions are validated and processed by a decentralized network of volunteers, usually hosting dedicated hardware to perform calculations, called "hashes...This network of so-called bitcoin "miners" ensures the security of the system, but unfortunately also consumes a lot of electricity—currently about 350 megawatts according to my own calculations, which is roughly equivalent to the electricity demand of 280,000 American households."

Other issues can arise with hard forks. Essentially, the block chains' power, used by Ethereum and Bitcoin, is to have these nodes verify transactions. However, running a decentralized network has its risks and can lead to hard forks.

A hard fork could occur for a number of reasons. One reason is fraud; for instance, Ethereum forked on July 20, 2016 when a hacker stole funds. This means that certain nodes accepted that this hack was invalid and switched to the new protocol invalidating this transaction. However, others—in Ethereum's case approximately 10% of its original base—believe the block chain should be a never ending path and refused to fork meaning there are two separate currencies.

Each time, the currency forks certain nodes can choose to remain or not remain in the fork. After a fork, a user will have its currency on both sides of the fork. If others accept both forks as valid then a user can conceivably spend its money on both sides of the fork though the value may be different on each side: for example, Ethereum Classic, the pre-forked currency of Ethereum, has a price of $16 per coin, compared to $216 for Ethereum. If a node were to gain power, it could conceivably choose to fork on its own terms and rules. Current users could choose to not abide by this fork, but the new network would be without the large nodes computing power—this is why hard forks are so controversial. When Ethereum was hacked last year, it had a choice of either fixing the hack or remaining pure to its blockchain. Fixing the hack means users are made whole, but it also means certain users have an outsized amount of powers, and they determine the rules of the game—some people believe this defeats the purpose of having a decentralized currency. Despite these controversies, Bitcoin is up 140% on the year while Ethereum is up over 2600% percent.

Eaton's New Products Pushes it Ahead of Honeywell this Year