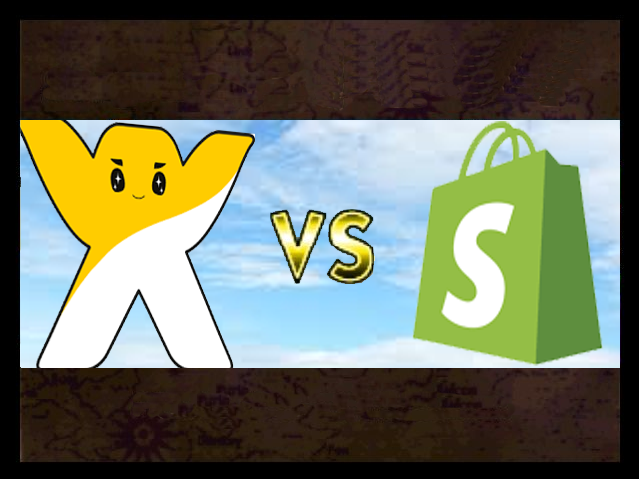 There are many e-commerce games in town, but Shopify and Wix have garnered much attention as they are growing rapidly thanks to their ease of use in setting up an online store.

Shopify has been the dominant player of the two, and is leading the industry, but Wix has come a long way given its "good enough" approach and giving away a lot for free, though has gotten a lot cleaner over time to be a serious competitor.

The platforms make their money by charging a monthly fee. Shopify subscriptions range from $30 to $300 a month while Wix uses the freemium model. If you want to get rid of the ads and get a whole bunch more features, the cost ranges from $4 a month on the low end to $25 a month for the most expensive plan.

Both have been growing rapidly and steadily, with Shopify being about twice the size of Wix in both market cap and revenue. Shopify has been doubling its revenue year over year for the last 4 years in a row. Last year the company earned almost $389M in revenue, while Wix has more than tripled the top line in the same time period earning $290M in 2016.

The beauty of these platforms is that in a matter of minutes, an individual or a company can piece together a full online-store. Wix claims to have an artificial intelligence algorithm to speed up this process and smartly customize your storefront. At the same time, Shopify has big partnerships including one with Facebook, and it even runs the stores of Budweiser and Tesla.

One interesting thing about Wix is that its gross margins are much better than Shopify's. 85% of Wix's revenue becomes gross profits while it's just 54% for Shopify. Wix also spends slightly more on R&D and much less on SG&A than Shopify does, giving the sense that Wix is focusing more heavily on its product and forward looking features. Perhaps one day Wix will have the technological advantage, but for now, Shopify's revenue is increasing faster which comes to the forefront of investors' minds.