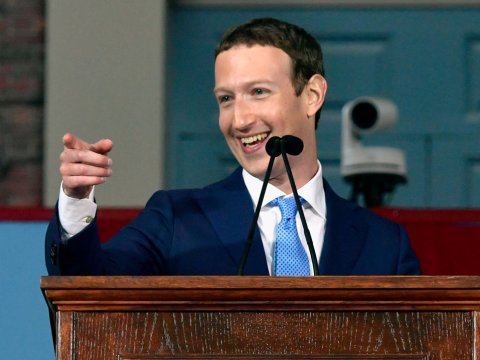 Rapid fire trading investors sold Facebook stock down 4% in after hours, just as the company released strong earnings for the quarter. Investors bid Facebook stock up all month in anticipation of solid earnings. Thus a high bar may lead to a lot of selling on the news of the beat.

FB brought in $9.32B in revenue compared to $9.2B which was expected by the analysts. This is the highest quarterly revenue that Facebook has ever reported. It was up an astounding 45% over last year, which dumbfounded the critics who believed that Facebook would be losing steam given its size.

The company now has 2.01 billion users on its website each month while 1.32 billion people use it daily. This is up from 1.94B monthlies and 1.28B dailies respectively from the last quarter.

The company earned $1.32 per share vs the expected $1.13 per share which is up 69% over last year. Facebook is now ramping up monetization on all of its platforms, which should continue to boost earnings growth for many quarters to come. In the meantime the company is working hard to fend off competitors such as Snapchat, but pulling in valuable features into their own platform, and creating new features to outrun the competition. Longer term, Facebook is focusing on Virtual Reality and Artificial Intelligence software that could drive growth for the next decade.