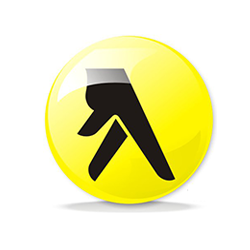 Yellow Media's stock is down nearly 60% on the year—the company that many people think's business is still primarily selling phone books, but print revenue is forecasted to fall to 24% of revenues next year as the company becomes primarily digital—currently digital represents 71% of revenue.

Investors are deciding if Yellow is a value investment or value trap. On February 21, the company said its EBITDA margins would drop to between 22% - 24%. The stock, at first, declined rapidly, and it has been on a steady decline ever since.

Investors may have reason to be nervous regarding the guidance on February 21st. Margins had been promised to stabilize before only for them to fall even lower. In 2011, Yellow had EBITDA margins of 54%, in 2012, margins had dropped to 43%, then 36%, 35%, 28% and now 29% in 2016. Margins have declined because print is representing a smaller portion of overall revenue. According to the latest Q4 2016 conference call, print margins are near 80%. Investors may be wondering if the decline of margins to 22% - 24% is the end of the line, or if it's just another step in the long series of incremental steps lower. The company stated in its release that it expects "stabilization of Adjusted EBITDA in the short to mid-term, post-2017." However, this doesn't preclude the fact that margins could still decline from the 2017 level since the wording of the release could imply either margins stabilize from the 2017 level or from the 2018 level, margins for 2018 have yet to be announced.

"Margins have declined because print is representing a smaller portion of overall revenue."

While print is out of fashion, its margins are typically sky high, well north of 60%. The business is dying, but it has been used as a cash cow by the company in order to fund its digital investment. Print revenues dropped to $259M in 2016, with a further 25% drop expected in 2017 meaning that Yellow may soon struggle to fund its digital initiatives. The company has been strapped by a perennial restructuring charge. The charge has averaged around $20 million the last four years and could continue. The company's liquidity could also become a concern in 2018 as Yellow's debt is due in November. The possibility of restructuring the debt adds risk to the company.

Another worry is the risk of unsuccessful past acquisitions. Juice Mobile, a Canadian Mobile Advertising company, was purchased in March of 2016. Yellow has already admitted to having tactical issues with sales in Canada and is forecasting much lower growth for the company in 2017 though growth is still expected to be more than 50%, but it is down from over 100% experienced in the prior year. Furthermore, Juice's revenue was $31.8 million for the 8 months of the year even though it was purchased in March. At 50% growth, that would equal approximately $15 million of added revenue; Yellow is only forecasting 4% to 7% digital growth, which means that Juice is now making up a substantial part of this growth, if not all. Going forward investors may have reason to be yellow for this stock, especially if margins do not stabilize.