Investors At Bay with Oil and Gas Company Baytex Corp 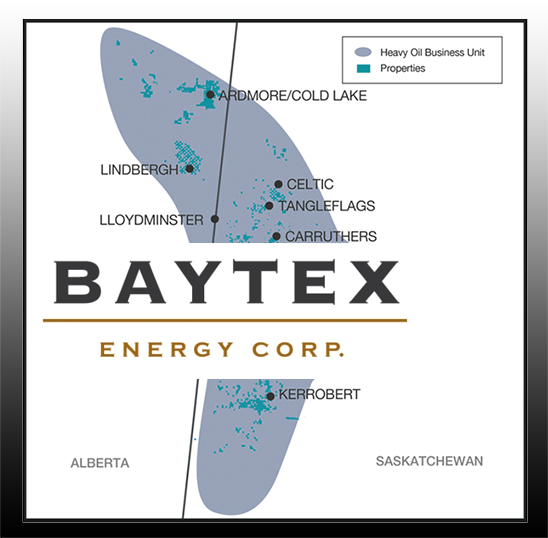 Oil and gas has been a house of pain with oil in the mid $40's per barrel. Canadian company, Baytex Energy Corp, operates in Alberta and Saskatchewan, and also owns property in Texas. It trades under ticker symbol BTE in the United States, but lately has been hit hard hitting new lows with the falling price of oil.

Baytex is still operating cash flow positive, though it has had to borrow and to issue shares in order to fund its expenditures. This has left the company with approximately $1.8 billion in debt which may seem high considering its $570M market cap. However BTE does have assets that it can sell off if it was strapped for cash. The company is still able to hang in there especially given the weak energy environment.

This begs the question if Baytex's assets could actually be sold for the book value on their balance sheet. The firm has $1.9B in equity, which is multiple times the size of its market cap, meaning that if it sold all of its assets at book value and paid off all its debt, shareholders would probably see a gain of 4x or 300%.

However, investors are clearly valuing Baytex's assets at below book value. Since the assets which are only worth the future cash flows are impeded by the low price of oil, investors are betting on a darker future for the company. This in turn explains the drastic disconnect between BTE's book value and its market value.

In the past, Baytex was known for many years for its stable dividend, but it is now struggling to stay afloat with the looming price of oil. That said, it is still navigating this market quite well despite unfavorable macro economic conditions.

Salesforce is Leveraging Synergy Across all Cloud Platforms