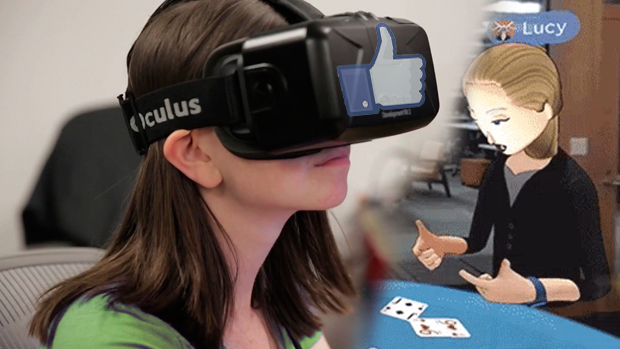 At just a few billion and change, Facebook’s purchase of Oculus seemed strange to most people. What would Facebook want with a virtual reality 3D game company?

Facebook remains as one of the world’s largest markets for games. Multi-billion dollar companies such as Zynga and King digital, were created and thrived on Facebook, where many of their apps/games are sold. facebook continued to add more and more users to its massive online sserive, with the company now approaching 2.1 billion members. That is a super large user base for marketing games to.

With Oculus, Facebook has many options at its disposal. The company could bolster the platform to make it easy for developers to create games that run exclusively on Facebook’s platform. 3D virtual reality could be a huge market. Facebook recently announced that it will be selling a new Oculus headset that no longer needs to be attached to a computer, although it will be much more powerful than the Samsung Gear VR or Google Cardboard which simply uses the phone as a VR device. This will be new dedicated hardware built from the ground up specifically for VR.

Furthermore, Facebook will integrate 3D features in with its own platform. For instance meeting a bunch of your friends in a 3D world. And of course sharing and liking things in 3D worlds and connecting them with the real world. With Facebook Spaces, the company has created its preliminary form of VR use. Spaces currently only tailors to VR owners and thus it isn't too popular yet. However Facebook is aiming to bring many more people online with its low cost VR headset priced at just $200.

There’s no telling where Facebook can take this, but the possibilities are literally endless. While Facebook is investing heavily in VR, it seems to have diverted away form Apple who has been investing heavily in AR or augmented reality for its iPhones and iOS platform. VR and AR are fundamentally different and may use different hardware (phones for A for example, and headsets for VR). The opportunity is so large that there can be many players in the industry. Facebook made a bold move in order to acquire the next phase of gaming and virtual reality. With the combination of its massive social network, the company could propel VR to the next leg up and begin the new age of social interaction.