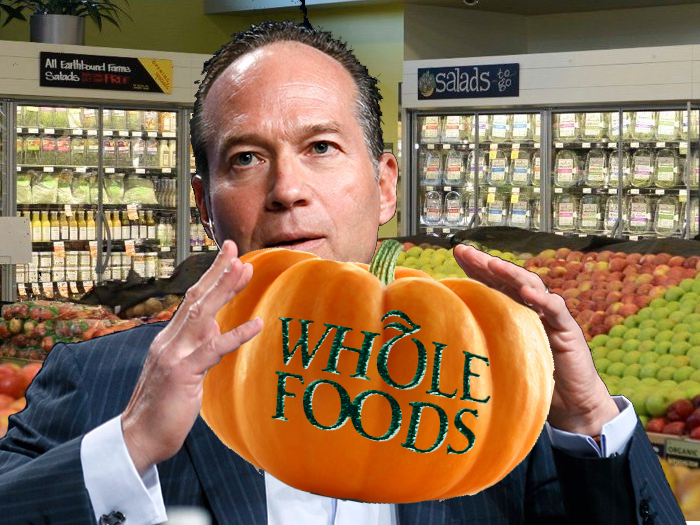 Back in November of 2015 we wrote about how a turn in Whole Foods could get messy. About a year and a half later there hasn't been much progress and shareholders have gotten more disappointed.

However, earlier this week, Jana Partners, a New York-based investment firm disclosed a 9% stake in the company, which sent the stock soaring 10%. The company is an activist investor, and aims to speed up the turnaround or sell the firm.

Analysts have quickly turned positive on the news, having been bearish on the company when it traded in the low $30's, but counter-intuitively moving to a positive stance in the mid 30's even after the recent pop in the stock price after the announcement.

Jana is making a very aggressive bet here, with reports claiming that most of their stake in the stock was purchased within the last 2 months. That would easily put them in the green, but they will have a much tougher time trying to help Whole Foods make more money. The fierce competition in the grocery aisle has caught up with almost every competitor having an organic section in store. What Whole Foods needs is some sort of competitive advantage or technology change to disrupt the grocery industry. Otherwise this high-end, high-priced food store is a sitting duck. It also doesn't help that the stock trades at 25x earnings given its lack of organic growth. The idea of selling the company, may be its best bet, if it can find a buyer or used a leverged buyout to take itself private.

The grocery store industry has always been a battle ground given the thin margins in this commodity market. Whole Foods found a lucrative niche, which propelled itself to being a large player on the field, but it will have to make some real changes in order to maintain the lead it once had.