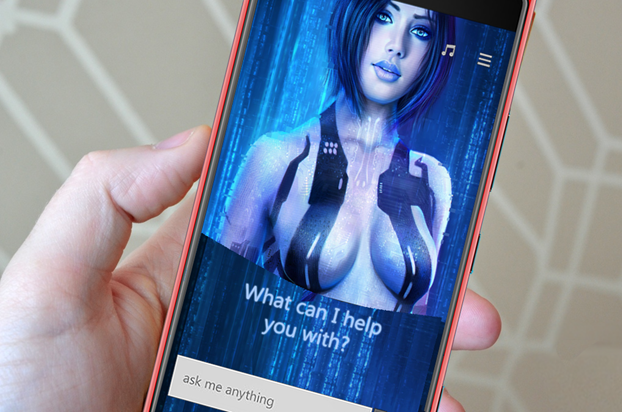 Microsoft is ramping up its Siri clone, Cortana, its intelligent assistant for mobile devices that has appeared on many Microsoft products as a circle. Cortana makes her way from the popular Halo series and her task in the real world is to recognize natural voice and execute commands that are given to her. Cortana can book appointments, set reminders, even roll dice, and of course performs searches.

However many of these functions are already done, if not done better on Google Now and on Apple’s Siri. Microsoft needs to find a way to differentiate itself in the already crowded marketplace of highly skilled and resourceful competitors who are looking to do the same. Microsoft does have one trick up its sleeve that could be difficult but worthwhile in order to unlock value and build a better assistant that everyone else. The answer is Cortana.

Cortana is already popular from Halo and we already know what she looks like. Microsoft could use the visual 3D graphic capabilities of its devices to actually put Cortana into phones and other systems. All of the competitors use some sort of circle shaped abstraction that ripples when you talk and makes some sound wave motions. But Cortana herself could make the experience more personal, and with the increased capabilities of mobile processors and graphics drivers, could be done. Microsoft already has the visual animations from its games and can integrate those into other devices to have a Cortana that follows you around ubiquitously throughout all of your Microsoft products, thus creating an ecosystem that the company can play off of and further boost its penetration into the smart phone market. Cortana would also translate well into augmented and virtual reality. Microsoft is the laggard in the group and can leverage Cortana to catch up to the others before being shot down by Google, Apple, and Amazon.