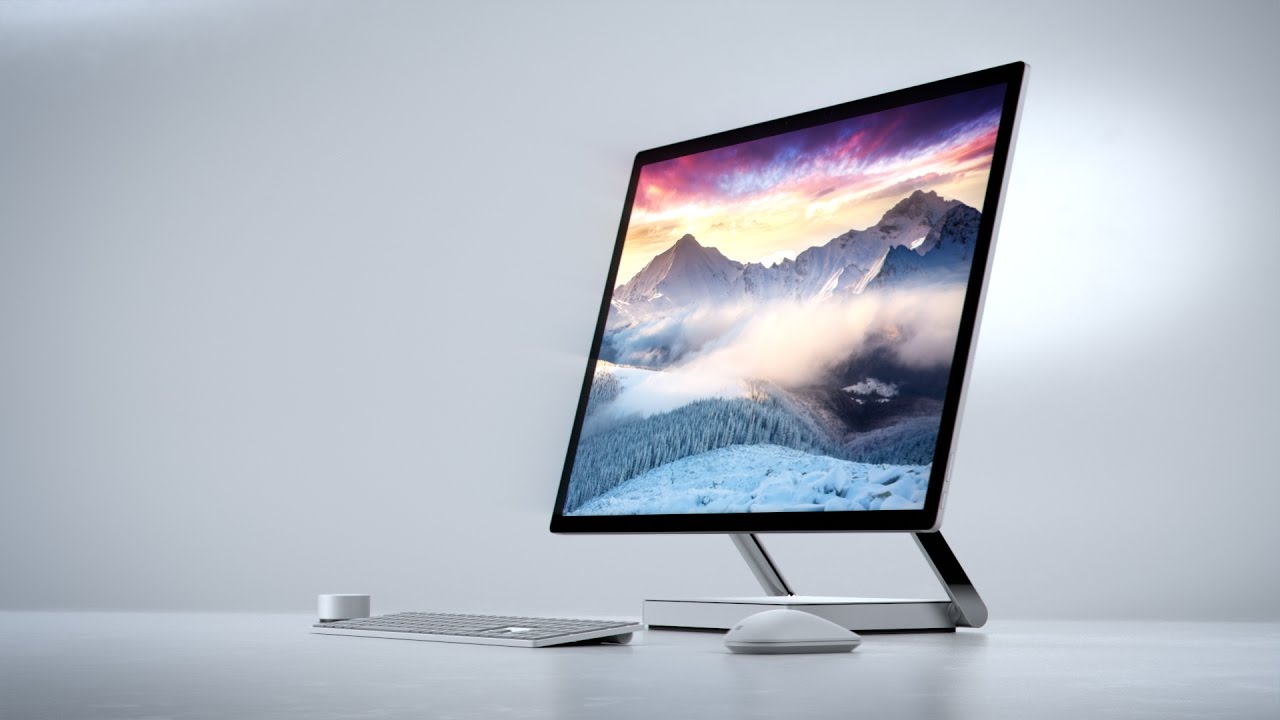 Microsoft's Windows operating system is still the dominant player in the desktop/laptop segment after a multi year monopoly. However Apple has been slowly creeping up with an 11.6% market share, as it gains more users quarter after quarter. The switching costs are surprisingly high, as many people don't want to give up the familiarity they enjoy, or the struggle of copying all of their content to a brand new platform.

Apple's ecosystem of phones has helped to spur its share of the desktop, but Microsoft isn't giving up so easily. Windows 7 is still the most used OS with a market share of 38% as of June 2017 followed closely by Windows 10 at 31% as Windows users upgrade. (Mac is in third place.) Microsoft is taking a more vertically integrated approach to the desktop computer by leveraging the surface brand.

The Microsoft Surface Studio looks like an expensive iMac, but is a fraction of the price. Microsoft also have some new innovations, including its Dial which has been on the market for quite some time, but has an increasing number of integrations. For example, in Adobe's illustrating products, it can be used to dynamically change the width of a stroke line. However, Apple's Touch Bar may be a tough competitor given that it's portable, albeit not as powerful of a machine.

That being said, Windows computers under the Surface name increasingly look like sleek Macbooks, which could bring some customers back to Windows. Some of them also dual as Surface tablets, but that may be more gimicky given the performance loss. Additionally the Surface laptops are touch screen, something that Apple has failed to copy on purpose, for the reason that users' hands will get tired if they are holding them out in front of the desks trying to control their laptops' touch screens.

When Microsoft dumps money into something, it usually gets better and better over time. After waiting a few iterations, Microsoft seems to have what it takes to take on Apple in the laptop space, given their declining share losses to the largest company in the world.

Investors are betting big on Microsoft and their new innovations not just in the desktop/laptop space, giving the company a 32x PE ratio, which anticipates very rapid growth. With a 9% long term growth rate, Microsoft is trading very richly on current earnings, but there is more to come going forward. Apple also has some new products in the works, which could accelerate its 11% long term growth rate. However investors are playing the law of large numbers card and slapping a 17x PE on Apple, about half that of Microsoft.