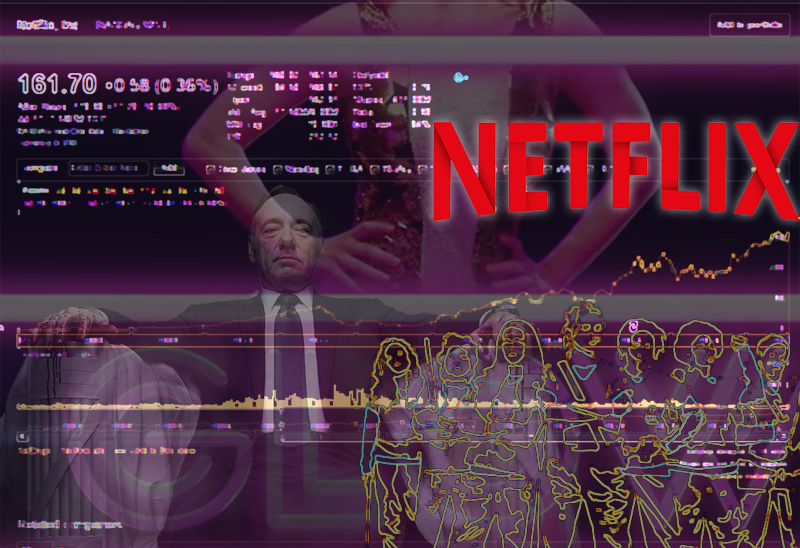 Netflix streamed higher in today's trading after a blowout quarter was reported last night. The company surpassed the 100 million subscriber mark - a huge accomplishment which makes Netflix one of the gorillas in the room. In its heyday, Netflix was laughed at by it's larger, fellow competitors, such as Time Warner, but has since established the growth trajectory, track record, and investor confidence needed to propel the company forward.

Netflix added 5.2 million subscribers in this most recent quarter alone, which was over 60% higher than what The Street had anticipated. 1.1M of these subs were added in the US, which dumbfounded analysts who were expecting a much smaller number. The stock moved up 13% when investors caught sight of the news.

The company stated that it will continue to spend aggressively on content acquisition and its expansion, which seems to be working despite some investors' worries about cash burn. Netflix continues to attract customers who are interested in watching heir favorite shows on Netflix. As long as just a subset of users love a specific show on Netflix, it is worth it for the company to continue supporting the show.

The Amazon-style strategy of world-domination has now been accepted by investors provided the rapid growth worldwide. Despite simply being a content delivery service, Netflix's engineers continue to solve difficult problems which allows the company to deliver high quality content worldwide.