Not All Systems are Gold 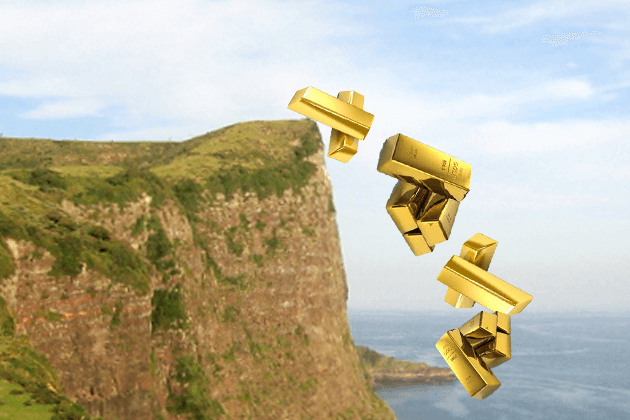 Gold peaked in September 2011 and has been on a downhill tumble ever since. The recent peak in October 2015 was also followed by a sharp drop on concerns of... the economy getting stronger? Gold is usually used as a hedge against inflation and against chaos. With the US economy leading the world and getting stronger, it’s difficult to make a case to own gold at this time.

Gold is priced in US dollar, and the greenback has been skyrocketing against many currencies including the Euro and of course gold, since gold is considered a currency. The higher the US dollar goes, all else equal, and gold should head downward. The low price of oil may indirectly not be helping gold either. Low oil means the US consumer is thriving with extra money in their pockets. This strengthens the US economy, and feeds the fed data that all systems are go.

The fed is planning to raise interest rates which will cause investors to scurry towards the USD, making the dollar rise even higher and putting more downward pressure on gold. While it is heavily debated if the fed should raise interest rates or not (due to oil being so low and curbing inflation) it is likely that we are in for a December hike.

Gold stocks have been some of the worst performers in the market besides oil stocks. Once loved Eldorado is trending near its all time lows, Yamana Gold is at lows not seen for a decade, and the beloved Rangold is just $4 off its 52-week low albeit being one of the best performers in the group. The Exchange Traded GLD which tracks the price of gold buy buying the physical element has much less volatility, but still continues to lose value as long as these forces push gold lower.

3 Reasons Why We Get An End-of-Year Rally