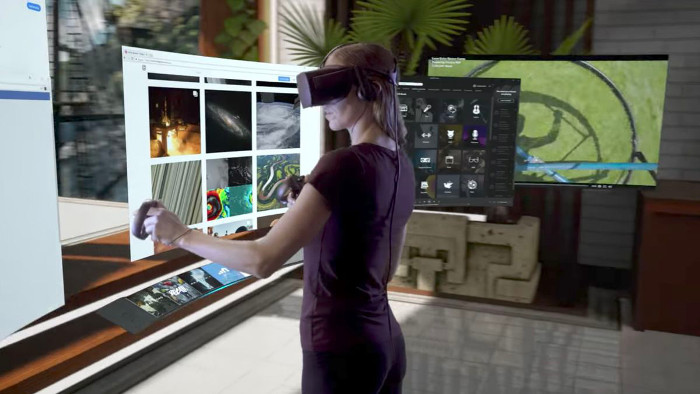 This week Facebook announced new updates in the world of VR for Oculus and at the same time said that it would be partnering with specific restaurants for food delivery. While these were separate announcements, they could eventually go hand in hand, as VR players who are staying at home playing in the virtual world still need to eat.

Facebook is working directly with fast-food companies such as Jack in the Box, Five Guys, Denny’s, El Pollo Loco, Chipotle, and Panera to allow Facebook users to order food directly from the Facebook app. While ordering food may not yet add to much revenue for Facebook, it may keep people in the app for longer periods of time, and could eventually integrate with virtual reality ordering.

Meanwhile, Facebook is on a mission to get more people immersed in VR with its Oculus Go that enables powerful virtual reality computing that is in between the Oculus Rift and the Gear VR. Oculus Go is designed to be mobile and is one step in the right direction for making VR more accessible. The product will launch in 2018 and will start at just $200USD.

Oculus Go may be the leaf frog product that Facebook has been looking for. It is a stand alone device that does not require a mobile phone or even a PC. There are no wires, and the product is expected to be powerful enough to get high frame rates with new optimizations for mobile. As time progresses, the Oculus dashboard will even rival regular computer monitors and could phase them out as we transition to a virtual world.