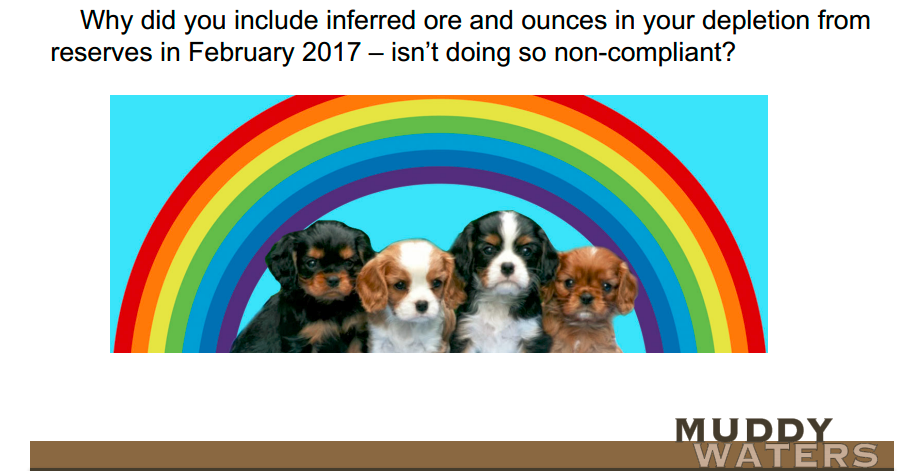 A line from Carson Block's latest presentation on Asanko Gold on June 4, 2017.

Muddy Waters, the firm run by Carson Block, who became famous by taking down Chinese Firm Sino Forest in 2011, has continued to produce reports for other stocks—often including stocks outside China. His latest short is Asanko Gold, which has an office in Vancouver but its main mines are based in Ghana, including Nkran and Esaase. Block produced photos, which showed damage to its Nkran mine–its largest mine.

Asanko Gold's shares trade on the Canadian TSX, and NYSE; it was briefly halted last Wednesday and opened 32% lower only to rebound slightly. Block outlined the company's dilemma that the miner has to choose between fixing the mine and developing its larger Esaase deposit. Block said, "they need to figure how to develop Esaase and they need a lot more cashflow from Nkran then the 166,000 ounces that they just reiterated they can pull out." Block believes, he is being validated that the Nkran mine is about to go under or as he calls "pinch out," which is when expected revenue are below costs to extract. Block ,also, criticized the company using $2,000 gold (Page 10 of report) as its way to measure reserves.

"This is more problematic, the original mining plan called to mine Nkran slowly and to use the cash flow to mine Esaase. What happened was, the company mined it steeply, and we think they did that because once they started mining, they realized oops our geology was wrong."

Block speculated that they might disband the mine because of high costs to restore it—he believes costs will be around $100 million. Asanko published a new report on June 5 showing that it still has confidence in extracting gold from its Nkran mine. 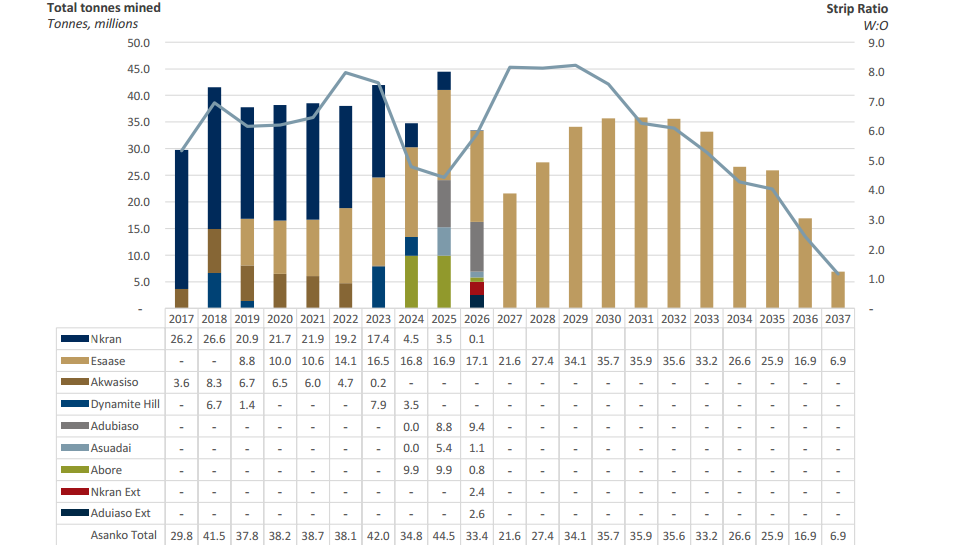 Asanko's estimates show Nkran (page 19) having total tons extracted until 2026. The tons extracted lead to ores mined, which is expected to top 4 million tons in 2017 compared to 26.2 million tonnes extracted. Block's presentation points out the high price used by Asanko in its estimate of gold compared to competitors (page 31). 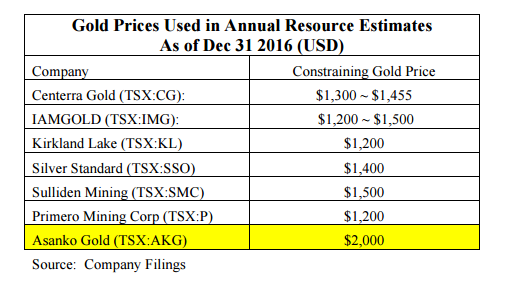 Block forecasted a shortfall in company cash flow in 2018 meaning it will have a debt call unless it can raise funds. The company refutes these claims. Peter Brese, The CEO of Asanko, said the company has the option whether to spend on discrete projects or not and can defer the $200m in costs, "if we wish."