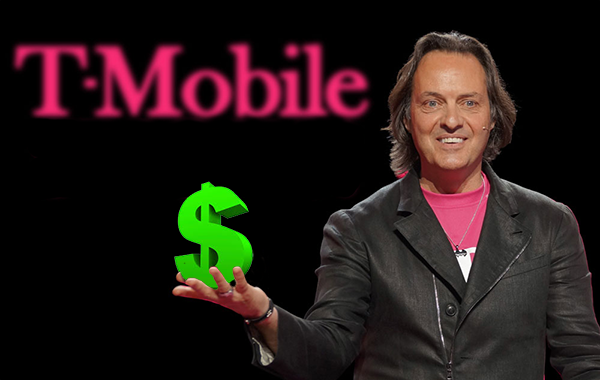 T-Mobile released it quarterly report earlier this week and while the stock didn't move much on the news it still sits near it's all time high, being up 17% already on the year.

The "Un-Carrier" is led by passionate CEO, John Legere who has transformed the company into a wireless giant that aims to actually listen to its customers. He is a passionate CEO and calls out Verizon and AT&T at every chance he gets. "Dumb, Dumber, and Yellow" are the three competitors whom he is stealing market share from.

"Customer growth and financial growth that the rest of the industry would die for." -John Legere, T-Mobile CEO

T-Mobile grew earnings at 46%, and they say that they have accounted for 250% of the industry's growth, stealing subscribers from Verizon and AT&T.

CEOs that are this passionate and vocal about their companies are few and far between. John Legere is converting customers into fans, and he is getting everyone fired up about their carriers and making them switch over to T-Mobile. As the smaller player in the game, T-Mobile has the underdog edge, and Legere is making good use of his 4M+ twitter followers to spread the word daily. That is likely why T-Mobile was able to add over 1M pre and post paid subscribers in the quarter, which is the 16th straight quarter of 1M+ subscriber growth. If he keeps this up he will continue eating into Verizon's and AT&T's massive market share.