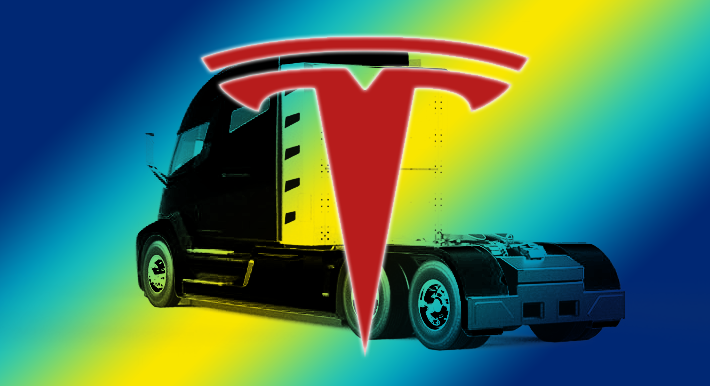 It's difficult to keep something so big under wraps, but Elon Musk has finally announced the date for the unveil of Tesla's Semi Truck. October 26th 2017 is when the public will see what the electric semi is capable of.

Nevertheless the showing is basically a working demo or concept of the vehicle. Mass production of the truck will likely not start until 2019. Though Tesla seems to have devoted some resources to the truck project, amidst the production "hell" ramp up in Model 3's. In addition, speculators had also anticipated that Tesla unveil a pickup truck, but this seems to be more than the company can handle at the moment, and it is being put on the back-burner at least until the car maker starts to deliver on its current promises.

Earlier this year Elon Musk mentioned that many thought that an electric semi would not be possible and that it would not have enough range. Elon aims to prove otherwise in October, and fans expect him to be true to his comments in which he said that the electric semi would be able to win in a tog 'o war competition with its diesel counterpart, in an uphill battle nonetheless.

All eyes will be on Tesla next month for the reveal. Tesla stock continues to tread higher and closed the day at $366, just $20 away from its all time high, and still managing to hold a market cap larger than Ford or GM. Competition in the autonomous driving sector is mounting, with other firms forming partnerships and working quickly to try and bring autonomous driving to heir vehicles. Self-driving capabilities will be key for the semi truck industry. Tesla will also need to prove that travel distance makes economic sense. Tesla is already talking to real operators of semi truck fleets and has been working closely with them to deliver this product according to their needs.