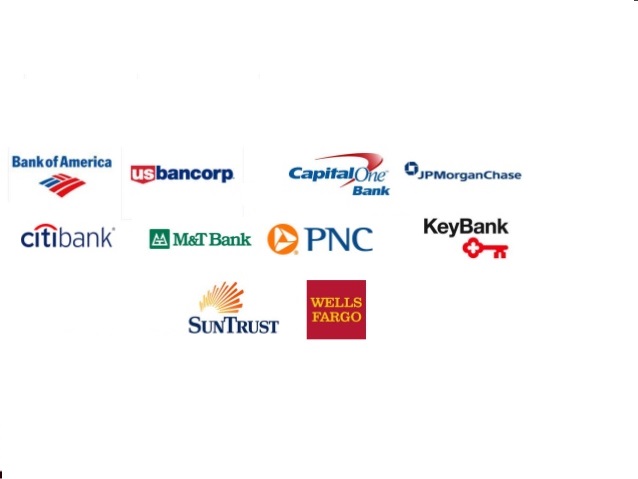 The top 10 U.S. Banks had an outstanding September with Citigroup and Capital One Financial leading the charge. Citigroup is up over 25% on the year, and Bank of America is next best at nearly 17%; PNC Financial has also continued to trend higher. What is interesting about PNC is most investors would have considered it to already have a rich price to earnings Ratio (PE) at 16 at the start the year. Currently, the super regional bank, PNC, trades at a near 17 PE! PNC's PE ratio is far above its peer group and even above U.S. Bancorp (up 15% on the year) at around 16PE—USB has historically carried the highest premium in the industry

A chart of certain banks' returned in September to today and from the start of the year. 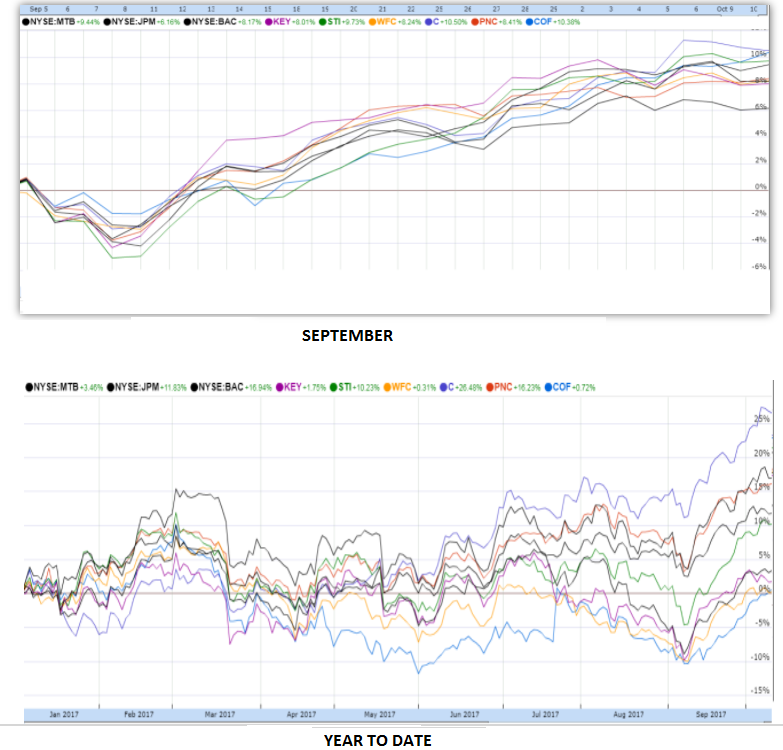 Warren Buffett, the legendary investors, favorite banking stock has remained mostly flat. Wells Fargo remains his company's largest position with over 450 million shares. Wells was hit by a scandal last year involving accounts, which consumers didn't open. The company's stock used to trade at near the highest of PE ratio among banks and now is near the bottom.