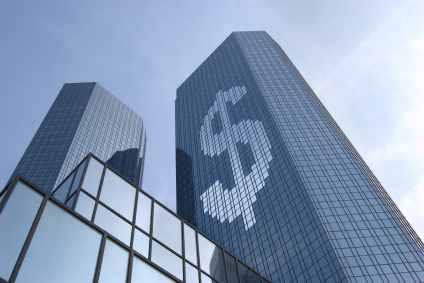 C: Citigroup reported on October 12th. It announced net income of $4.1 B or $1.42 a share. The company said tangible book value per share grew to $68.55. Interest revenue was up 8% compared to the prior year, gaining to $15.8B. However, interest expense increase by 38%. Citigroup stock is down 1% since it reported.

PNC: Reported on October 13th. It announced diluted EPS of $2.16 a share up from $2.1 in the prior quarter and $1.84 in the prior year. Net interest income also grew to $2.345 B. However, fee income revenue dropped; tangible book value increased to $69.72, and the company said it returned 12.66% on tangible equity. The company reported an efficiency ratio of 60%(lower is better) compared to 61% in the prior quarter. The company also guided to an increase in loans and revenue for Q4. One concern for PNC is the large amount of profit that comes from it's other category. $322 M of its $1.126B profit was in other, which includes BlackRock. PNC does provide a reconciliation of the other account when it releases its 10-Q filing with the SEC. PNC owns an effective 22% economic interest in Blackrock which translates into about $208 M of pre-tax income. The other earnings are part of the relic segment called non strategic assets portfolio. PNC stock is up a bit over 2% since its report.

WFC: Reported on October 13th and struggled compared to its usual record run of earnings improvement. The company reported net income of $4.6B or $84 cents a share, but this amount included $20 cents per share of litigation expense. Net interest income rose 4% at WFC but overall revenue dropped 2% compared to the prior quarter. Deposits were up 4%, but loans were down 1% compared to the prior year. WFC's stock is up approximately 1.7% since the announcement.

USB: Reported on October 18th and said earnings per share was $0.88 and return on average equity was 13.6%, which was better than Q2 and Q3 last year. Interest income grew to $3.7B from $3.3 in the prior year. The company's non interest income stayed mostly flat as did non interest expense. The company has tangible common equity of $20.6 a share and about $19.86 last quarter. Therefore USB returned 17.7% on tangible equity, which is the highest among banks with a considerable branch network. The stock is essentially flat since its report.

KEY: Reported on October 19th and said it made 35 cents per adjusted share. This quarter included Key's acquisition of First Niagara. Key's stock is up around 0.6% since it reported.

MTB: Reported on October 18th and said EPS grew to $2.21 or 5% higher. Interest income was 12% higher compared to the prior year. Tangible equity rose to $69.02 a share from $67.42 in the prior quarter, meaning return on tangible equity (ROTE) was 13.1%. Despite this only slightly above average ROTE, the company's stock trades at $168 or 2.43 times tangible book value. MTB is up slightly over 2% since it reported.

BBT: also reported on the 19th and reported net income of 74 cents a share up 1.4% from last year, excluding adjusting items earnings were 78 cents a share. The company reported return on tangible equity of near 15% and has $20.78 in tangible common equity per share. Its stock is up about 4.4% since it reported.

Eldorado Sunk by its Flagship Mine