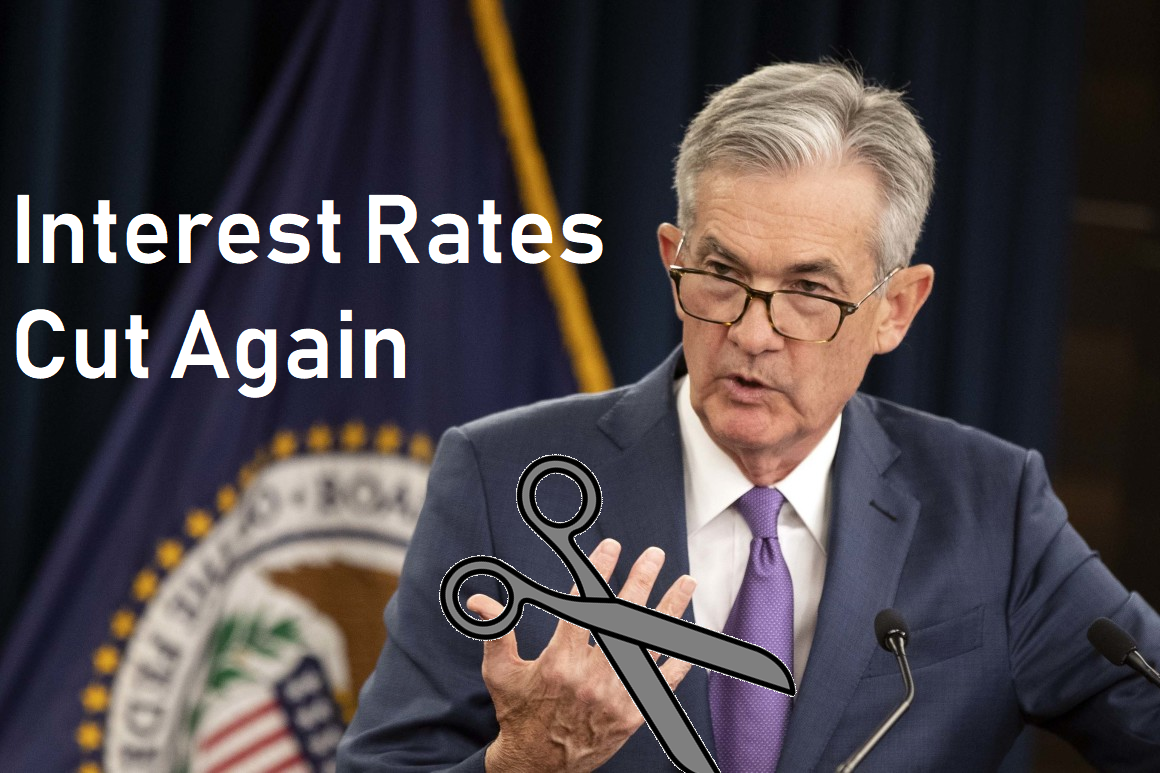 Given that the banks are lending to each other, it may seem that the Federal Reserve does not play a role in this market; however, The Fed like a watchful parent will usually make sure that his children behave, meaning if interest rates move above or below his required rate then he will swoop into action.

The Fed did just that in September when it bought bonds from the banks. This meant that banks were lending to each other at a rate above the Fed's desired number. Because of this, Papa Fed intervened to ensure the rate stayed within its range—which at the time was 2.00% to 2.25%. The Fed bought bonds sending rates back within his desired range. The Fed buying bonds lowers interest rates because if a bank is short on cash it must borrow at any rate. But if the Fed buys bonds, more banks are willing to lend to the bank that is short on cash because they have more cash, lowering the interest rate to the Fed’s desired number.

This brings us to the Fed's decision today to cut rates for the second time since August 1 and, given the monetary markers, today's actions were very questionable! Because M2 Money, which is the broadly tracked Federal Reserve number that measures physical currency [such as reserves a bank has at the Federal Reserve and cash in its vaults and in people's pockets + deposits people (not banks) have in checking accounts + money people have in savings accounts], has been rising quickly, which can be seen in the chart below—with the orange line.

M2 money growth has been growing at a rate that is far quicker than real GDP, which makes today’s decision puzzling. Given the graph, a rise in rates would seem to be the more likely option. However, Powell chose to cut them. Possible explanations? Obviously, The Fed is very cognizant of a flat to negatively sloping yield curve that often indicates a recession. 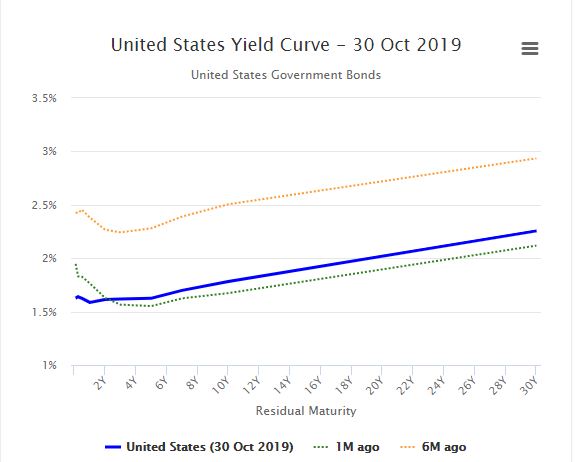 Today's decision appears to be solely based on this concern. The green dotted line, above, shows a flat curve. A flat to negative yield curve, also, makes bank lending less profitable as a bank is no longer getting preferential treatment from Papa Fed as the bank is not able to borrow at a lower than market rate. Therefore, The Fed may be a bit incentivized to have a rising yield curve to ensure it is seen as the father of the banks. But, banks can still be profitable despite having to borrow at a market rate and given the recent monetary growth, the banks were still lending, meaning this would not be a good reason to cut rates. The Federal Reserve is, also, caving into market interests rather than logically looking at the current M2 money growth trends.

Finally, we know the monetary mechanism often will first put upward pressure on bond prices lowering bond yields raising bond prices!—ex. a $40 payment on a $1,000 bond would yield 4%, but if someone paid you $2000 for the bond, it would yield 2% thus a lower yield equals higher bond prices all things being equal—then as bond prices get too high, excess money is put into equities then the housing market then it enters non financial assets such as consumer goods, causing inflation. Given the time-lag between a change in interest rates, which can be between 1 to 3 years, we would soon expect the Fed to see that money is growing to quickly, and it will likely raise rates right in time for the the 2020 election.