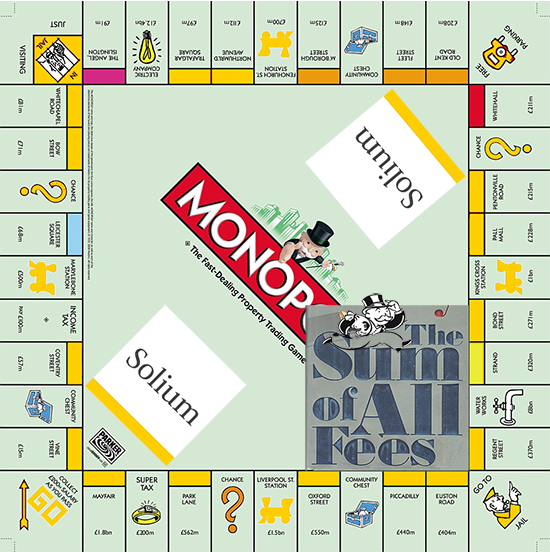 Solium Capital (TSE:SUM) is a Canadian firm based out of Calgary, that focuses on financial equity plans. They call themselves a software-as-a-service company as their products reside in the cloud, and they are growing a team of developers to create a world class software.

Solium has a 75% market share among Toronto Stock Exchange companies, and their products are apparently quite 'sticky'. Shareworks and Transcentive are their two main products which manage company stock options, restricted shares, and employee purchase plans. Their revenue is quite steady and recurring with the bulk of it back-loaded at the end of the year.

The company was expanding aggressively up until the end of 2013 when it then tapered off. Since many of their customers are in the oil patch and with the lower oil prices, their growth has slowed as a result.

It may be worth noting that Solium's equity plans have large fees, compared to the major Canadian Banks, which may cause companies to look elsewhere for business. For example, it costs over $60 to to a single sell transaction on the Shareworks platform, and another $10 for it to be a limit order. After all, managing shares and fulfilling orders is a commodity business, but managing these types of equity plans is not. The big 5 banks in Canada charge approximately $10 total per transaction and will fulfill an order instantly allowing you to trade again seconds later. On the other hand, Solium has a 3-day waiting period where transactions cannot be made until the shares "settle". All banks have to settle, but they still allow you to buy or sell in the meantime.

The Shareworks platform, run by Solium, is complicated and confusing and has not kept up with the platforms that companies such as Royal Bank, Scotia, and BMO. This could be because, Solium is meant for equity plans and not as a trading platform. When an investor wants to sell their shares, they usually don't want to spend the bulk of their time fumbling with the website while the share price is moving.

Any of the large banks easily offer a better experience at a fraction of the fees to the shareholder. Unfortunately regulations and restrictions make it difficult for just anyone to play in this area. Solium does have some competitors, but it is essentially a legal monopoly that the government allows. With a monopoly type structure, Solium will continue to rake in the fees and profits when, perhaps, a better service could be offered with more competition. Currently, the company has a 75% market share. Helping Solium is that the decision to choose a company such as Solium to manage employee equity plans is typically made by the company without input from the employees. This could mean that Solium continues to rake in higher fees than should exist in their business compared to what their competition is making in this typical commodity business.