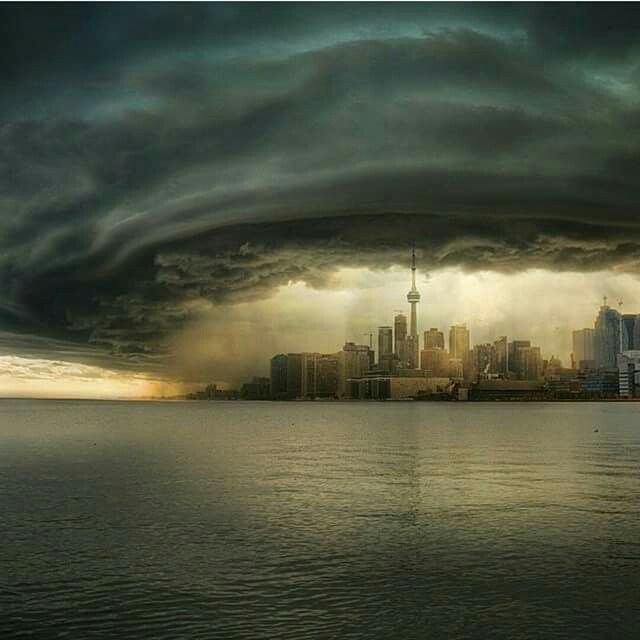 Toronto, a city in a state of calm, perhaps, before the storm


Sheer panic has hit bankers in Toronto. The RBC Chief, Dave McKay, said housing prices have been pushed "to unsustainable levels, stressing household balance sheets and locking many people out of the housing market." The Vancouver housing market has cooled off, but that may have caused the Toronto market to surge; Vancouver placed a 15% tax on foreign buyers, last year.

The average detached home in the Greater Toronto Area (GTA) sold for $1,214,422, which is up from $910,375 in March of last year, a 33% rise. Condos are up 24%, according to David Rosenberg, a manager of Toronto based investment firm Gluskin Sheffin who calls it a bubble of "historic proportions."

"This is a bubble of historic proportions." John Tory, the mayor of Toronto, asked for provincial assistance in cooling the market. “I would hope we would have our provincial government partners look at the real estate industry and just ensure that their practices are not encouraging an even more frenzied marketplace," Tory said.

This is the fastest growth in housing prices since 1989.

Affordability has plunged, with the ratio of housing payments to household income nearing 50%. This number is interesting because it is close to the amount that Warren Buffett listed as a number that is unsustainable, which caused him to unload his shares of Freddie Mac in 2000. In a congressional hearing taking place in May 2010, Buffett called the 2008 recession the "grand-daddy of all bubbles." and added nearly "50% of the borrower's income was going to mortgage payments, which is unsustainable." Toronto is moving precariously close to this ratio.