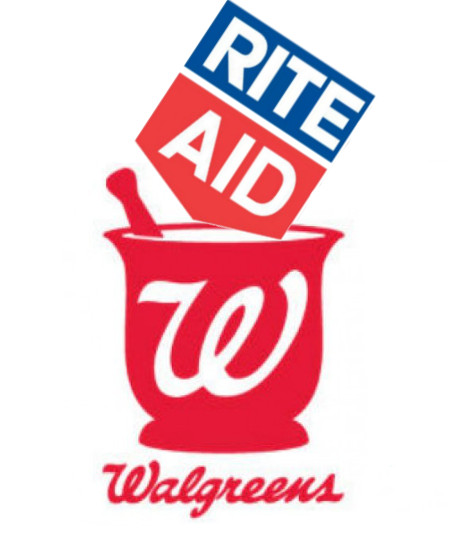 Walgreens Boots Alliance took Rite Aid's stock to the woodshed today, even as it paid up for half of Rite Aid's stores. Originally, WBA was looking to buy Rite Aid for over $9 billion, but the FTC got in the way aver anti trust laws. After years of back and forth, the two companies have come to an agreement in which Walgreens will pay $5.18B to snag half of Rite Aid's stores. This deal makes it much more difficult for the FTC to step in, as there is no merger in this case.

Rite Aid has been struggling to make payments related to its large debt load, so this massive cash infusion should bolster the company and make it leaner. Aa of March of this year, Rite Aid had $7.3B of long term debt, a large amount given the company's now $3B market cap.

Although Rite Aid is now getting more per store from Walgreens, the stock took a haircut as investors has been expecting a complete buyout. RAD stock fell 26%, even has Walgreen is now paying about $2.4 million per store versus the $2M it would have paid under the previous deal. In turn, Walgreen's return on this investment has dropped. Previously they were planning to get $1B in synergy savings, but now $400M seems to be the number, which isn't that much lower given that the investment was halved as well. In the process, Walgreens had to pay the $300M breakup fee which is clearly worth it for the company which is still taking out half a competitor in its industry.

Simultaneously, Walgreens CEO, Stefano Pessina, commented on Amazon's speed and growing presence saying that he does not expect Amazon to enter the pharmacy business, but if it did, Walgreens would be able to compete. He cited that there were high barriers to entry and made it seem that there wasn't much that Amazon could do to make things better in this non-attractive market. If anything, these statements have probably piqued Jeff Bezos' interests, as Amazon has some tricks of its own that perhaps Walgreens would not expect. With its heavy focus on AI, machine learning, and automation, Amazon could be a formidable competitor even for a pharmacy company.