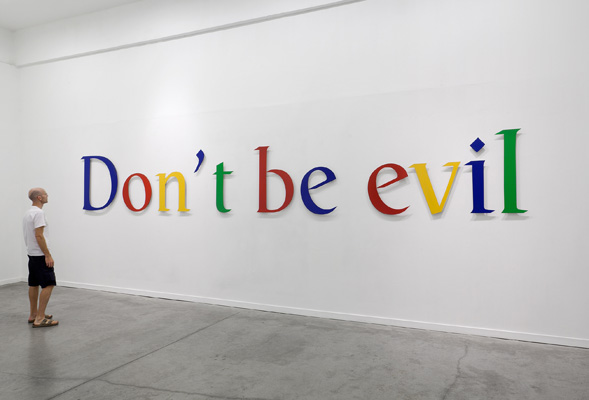 This is a strange investigation that has been going on since 2010. In fact, the European Commission may be going after Google for the wrong thing.

The entire merit of the claim has to do with how Google treats other shopping services. Google's search dominance reminds us of Microsoft's operating system dominance, when it once favoured its of Internet Explorer over competitors, which drew anti-competitive attention. Google can't seem to put anything on its leading search website for fear that it takes away search results from competing businesses, which puts the public tech company between a rock and a hard place. It looks like they will have to find a new more subtle way to promote its own businesses on its own website.

No one seems to question why Amazon doesn't display competitor product comparison services on its website. Perhaps it's because Amazon doesn't have a leading search platform. Either way, the EC will be quite happy to collect billions of dollars and make a fool out of Google in the process. Many see this as anti-American and question the viability of doing business in Europe.

While the EC's decision aims to teach Google a lesson about stealing business specifically from other shopping comparison services websites, there may be a legitimate larger problem on one of Google's other platforms: YouTube.

Google places its Shopping results below YouTube videos which may be stealing money from content developers. Some YouTubers have products in their YouTube videos which help to support their content creation. They usually point to links in the description for a place where people can purchase the products or services used in the video. However, Google places its Shopping ads right before the description on YouTube, and displays relevant products based on the video. Thus viewers see Google's ads first which takes revenue away from the the content creator. Google does not do revenue sharing with its Google Shopping ads, so the 'little guy' is losing out. Some content creators' entire channels are based on product revenue, but Google is taking all of it away. Google also doesn't allow certain competitors such as Amazon to be an "approved" retailer on YouTube, thus allowing Google to monopolize the shopping results. This seems like a larger breach of antitrust laws than anything from the EC's claim.

The justice department and the EC should instead be going after Google for its anti competitive practices with Google Shopping on YouTube which affects millions of content creators. Instead they are focused on a few niche players who have comparative shopping services. If there's one place where Google is actually abusing its market dominance, its right in front of us, on YouTube.