Why is Qorvo Half the Size of Skyworks Solutions? 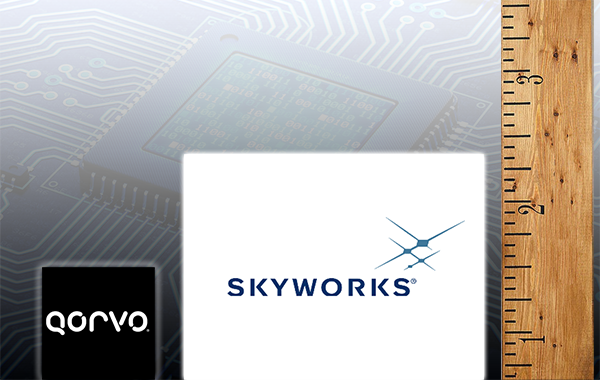 Qorvo and Skyworks Solutions are similar companies however Qorvo’s market cap is half the size of Skyworks’ despite significantly reduced profitability. Both semiconductor companies have their chips in mobile devices, and both have similar revenues as shown in the table below. However Skyworks turns its 3.5B of revenue into $975 million in profits, whereas Qorvo’s $2.9B of revenue translates into a small loss.

Skyworks may be in the sweet spot as its R&D budget is significantly lower than that of Qorvo’s, yet it is able to produce a much better return on its investment, showing a much more efficient use of its capital. Similarly, Qorvo’s sales general and admin expenses are more than double that of Skyworks, despite having a similar revenue stream. Skyworks is lucky to receive over 40% of its sales from a single customer, which is Apple, which may be the reason its expenses are much lower, although the company may trade at a discount due to its reliance on a single company. Skyworks has been inside Apple’s products for years and each year it continues to gain content as the chips become more advanced and complex. While it doesn’t look like Skyworks is going anywhere, it is surely tied to Apple’s success, even as the company continues to try and diversify itself further.

Despite this reliance on Apple, Skyworks continues to grow its earnings year after year, while Qorvo seems to still be stuck in the mud. Yet investors give Qorvo a premium valuation for its lack of earnings, and penalize Skyworks for its lack of diversification, but strong earnings power. Furthermore Skyworks has delivered solid growth of over 30% over the last 5 years, compounded yearly, whereas Qorvo has declines 7.8% per year on average. The analysts believe that Skyworks will grow at 15% over the next 5 years, compounded, but they also believe that Qorvo will grow at 13.5% yearly. Based on these companies historical track records these future growth rates are more likely to follow the historical trend rather than change dramatically as the analysts predict, especially given that they are both in the same industry and both face similar external forces.

Based on the numbers up until now, Skyworks should either be much higher or Qorvo should be much lower. The former earns almost a billion dollar more per year, has triple the cash, and no debt. Meanwhile Qorvo is struggling to turn a profit, has a billion dollars of debt, and is in fact barely leverages to Apple’s success. The leverage towards Apple of Skyworks should be seen in a positive light, as Apple is on its way to dominating the smart phone market with its new set of top selling iPhones. This is the kicker for the stock that is currently being underestimated by the analysts. Note that Skyworks Solutions reports earnings this evening and the stock has run up before the report.