Will Google Hit The Reset Button on Google Finance? 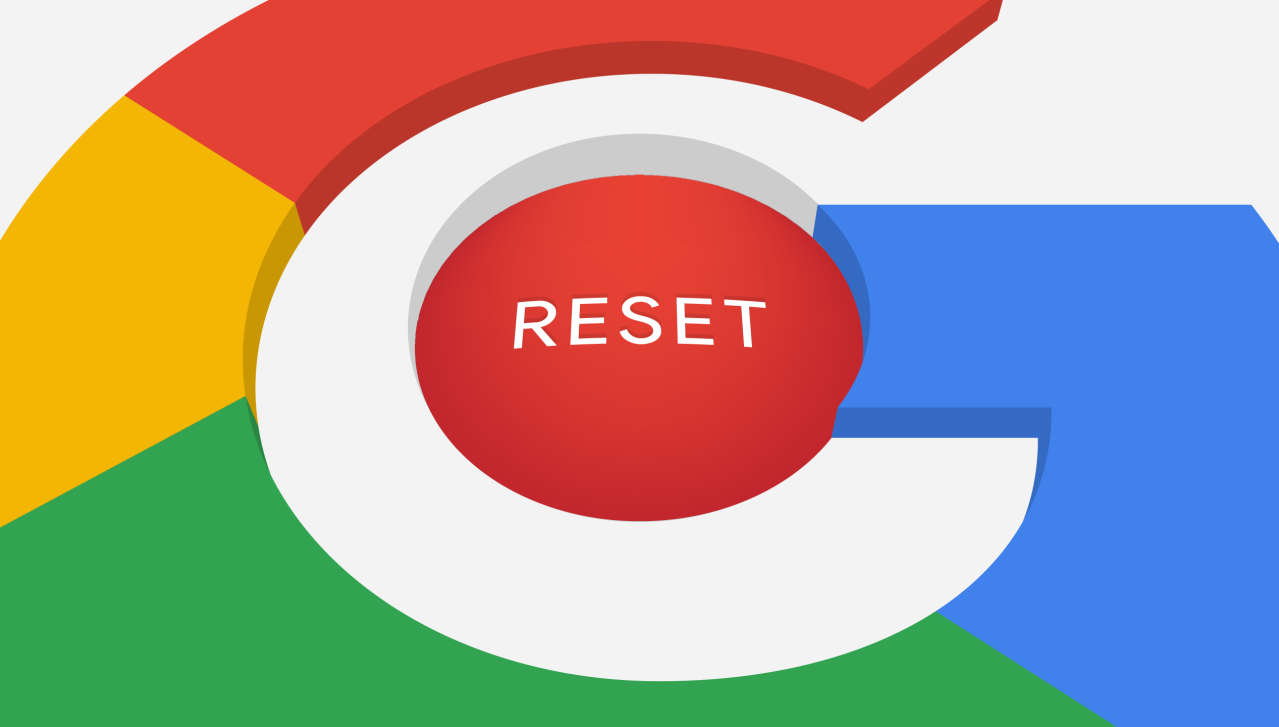 Google has seen its finance website stagnate over the years in terms of readership. According to EBIZMBA, Google Finance is the fourth most popular finance website behind Yahoo, CNN, & MSN Money. A large amount of features are broken on its site, which may have caused the stagnation, or it could indicate a possible downsizing of its finance website business.

For instance, on April 1 2015 Google removed its finance application from its Play Store. The stock screener has been broken, which normally allows investors to filter stocks by criteria—this feature no longer produces results. 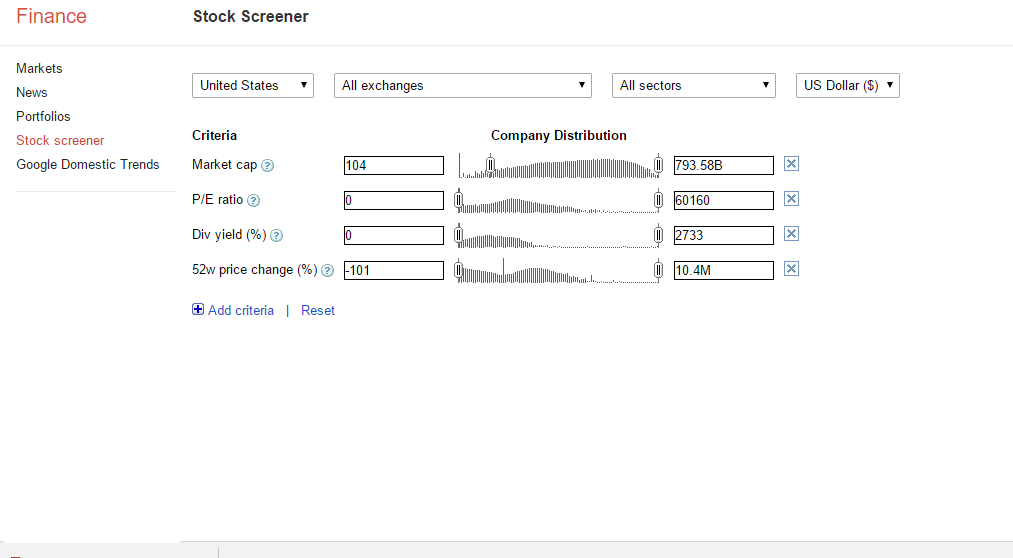 Google, also, has had an issue for over two years, in which Frontline has been showing up as its most popular stock.

Its search feature can be inaccurate at times. 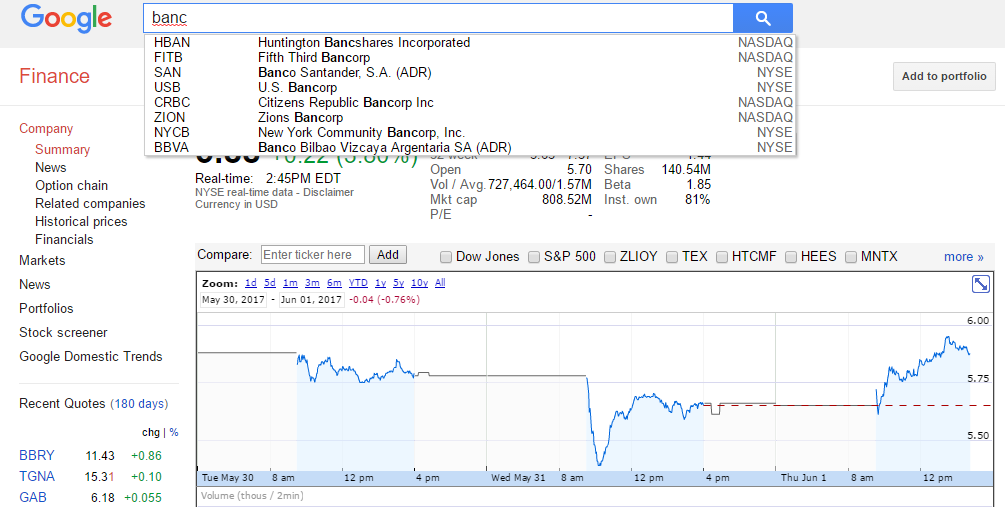 The stock that is being searched for is Banc of California, ticker symbol "BANC," which doesn't show up even when putting in its ticker symbol.

Ticker symbols often do not show up even after a long time has passed after an well after an initial public offering (IPO). A Dutch company, "Trivago," had an IPO in December 2016—when searched on Google Finance, the chart doesn't appear. However, it ticker shows up at the bottom under related companies. 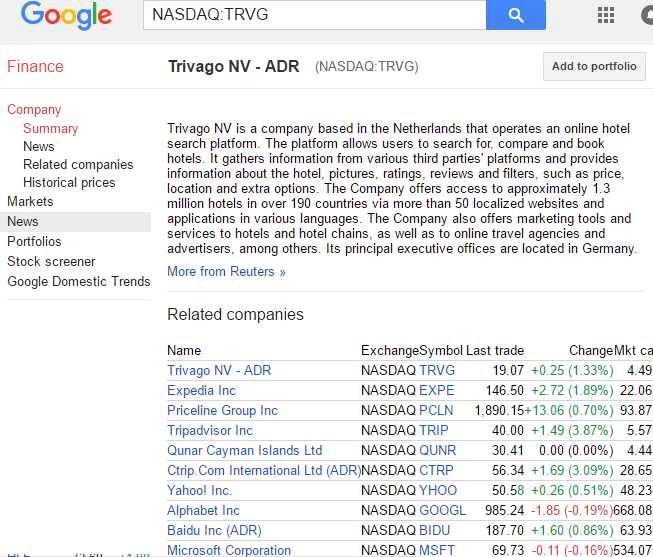 This part of Google's business has had issues for several years, which could open the door for new competitors to enter the market even if Google doesn't exit the business.

Rub a Dub Dub Thanks for the Grub