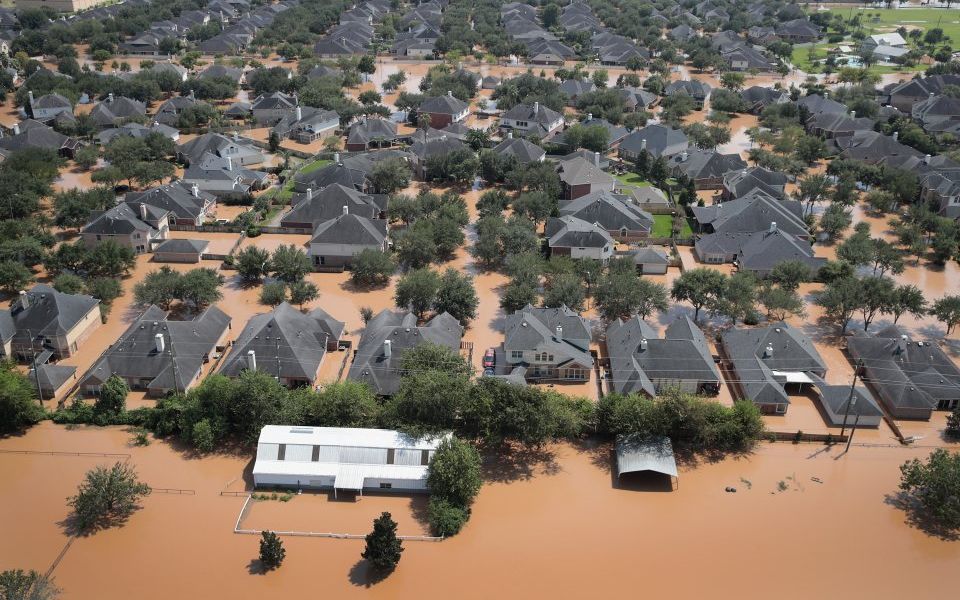 Fortunately for insurers across the United States, many people in Houston & Harris County chose against buying flood insurance. Estimates are for flood damage to cost close to $190 billion—more than Katrina and Sandy combined—but insurers are only expected to pay about $15 B of that. Insurers avoided this storm because many of Houston's residents do not own flood insurance. For instance, insurance policies in Harris County, in Houston, fell from 133,000 to 119,000 since 2012 even though Houston is a much larger city today than in 2012, indicating a smaller percentage of people have opted to buy insurance. Unfortunately, most people are going to have to pay for flood damage to their homes or sell.

Catastrophe insurers have been looking for a storm or other event to boost rates, and this event may prove to be an inflection point in terms of premium rate—insurance prices had declined for 16 consecutive quarters. Dag Lohmann, co-founder of Katrisk, a modelling group in Berkeley, California, said many could not have forecasted Harvery's rainfall. “The precipitation was close to the thermodynamic maximum possible level, and not just for one day but for three days. That certainly shatters some assumptions people have been using.” This means that flood policies may rise by a large amount for future policy holders. Many are discussing, now, if the government should force people to buy insurance. However, there are problems with this idea. The government often takes a broad stroke and forces many people to buy insurance. For instance, FEMA maps have been found to be out of date forcing people who are not at risk to buy insurance.

But the drones are coming! Commercial drones are being used by insurers to scope out and model the losses. Allstate's stand is to fly hundreds of drone missions a day to inspect property as will other insurers. Insurers will use these devices to quickly assess property damage and pay out policy holders as quickly as possible.

A Catastrophe for CAT Insurers?