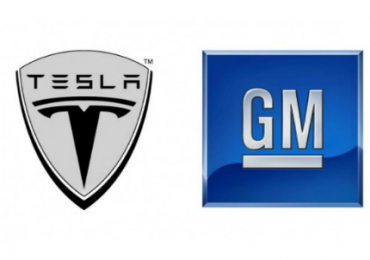 According to Deutsche Bank (DB), GM is better prepared than Tesla for the future of autonomous cars. The DB analyst predicts that GM will bring autonomous cars—without human drivers to market in mere quarters rather than years. GM's stock was up over 4% yesterday and is up a further 2% today. One of GM's autonomous competitors is Tesla, who was previously larger than GM according to market capitalization. Tesla has struggled of late with model 3 production; Tesla has made only a fraction of the number of cars it originally expected. It produced 260 Model 3 sedans compared to its 1500 target for September.

Tesla is facing tough competition from its rival GM. GM plans to add 20 new battery electric and fuel cell vehicles to its global lineup by 2023. GM’s Bolt electric car is priced as low as US$37,500 compared to Tesla's model 3 of $35,000.

GM's EBIT rose to $7.2B for the first half of the year and is forecasting 10% or greater EBIT growth this year. The company is also planning on reducing capital expenditures from approximately $9B this year to around $7 billion a year starting in 2021.

Tesla's stock is up 62% on the year compared to 24% of GM, but GM has been the hotter stock of late since July Tesla is flat compared to an approximate 20% increase of GM.

Ikea Assembles a New Task Force with the Purchase of Uppgiftskanin