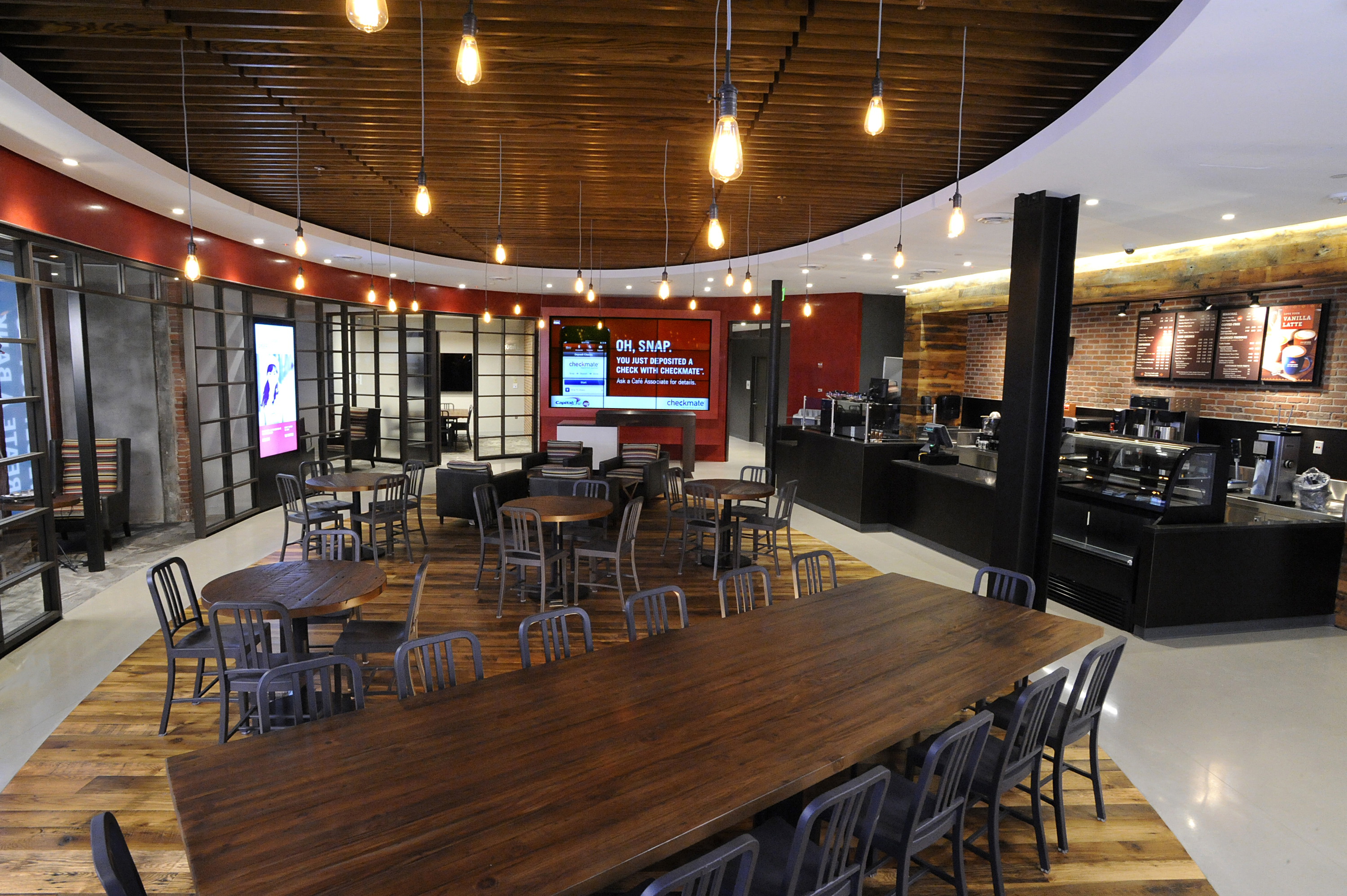 A breath of fresh air has been breathed into COF's lungs following their 2016 Q3 results. Initially the stock dropped in after-hours trading but that pessimism has quickly turned to optimism -in early afternoon trading.

Capital One Financial updated thirsty analysts over their 360 Cafes. Many banks have been testing out so called "Universal" branch modeling which has eliminated much of the need for tellers as banking goes digital. However, banks feel it necessary to have an avenue to interact with consumers. No need to sweat just yet, Starbucks' investors, COF only has 10 coffee locations and they are serving Peet's coffee rather than their own brand.

At a Capital One cafe in New York recently, Jennifer Oliver used the ATM located inside the building and then walked to the back for a cup of coffee from the Peet’s Coffee & Tea counter. “I feel badly for all the bank tellers who don’t have jobs anymore,” she said as she sipped her warm cup of coffee. Jenny like others have taken banking to the 21st century. COF reported another strong quarter of revenue growth and profit, when excluding one time buildup for a UK account -earnings came in to 2.16 a share -also adjusted for the new share count - $1068 of earnings divided by 494 M diluted shares - stripping out amortization and earnings may be closer to $2.28 a share; investors are also excited for loan losses to stablize. Richard Fairbank, the CEO and Founder, highlighted how COF right now is a "coiled spring" with provisions of $1.588 billion and charge-offs of $1.240 billion - meaning COF estimated future loans losses over approximately the next year will be an additional $1.588 billion compared to the $1.24B of chargeoffs over the last 3 months. This spring is waiting to burst once provisions level off. This means on a normalized basis COF might well be trading at around a 7PE a large discount to the 25 of the market. on a current basis it is still trading near an 8 PE -far below competitors such as American Express at 11.

According to Fairbank, credit cards have higher charge-offs when you initially receive accounts but lower losses after. Intuitively this means, When you get 10 new customers 2-3 might be poor, but the 7 that stay around and have very strong credit metrics for long periods of time -the so called "seasoned back book" because they are initial customers which stick around. Therefore, more loan losses come at the beginning, when you're adding more customers. COF has had insatiable growth in their card business over the last 2 years ever since their marketing budget rose. COF's credit card business has grown from $81 billion in Q1 of 2015 to $99 billion today. And this is before the usual spike in the Christmas quarter, which has seen sequential loan growth of over 6% the last 2 years. This means 2016 should end with over $106 billion of credit card loans. Marketing expenses reached $1.75 billion last year up 11% from the prior year and up 14% from the year before. Marketing expenses are up 5% this year as the "window" closes.

Fairbank discussed today a "window" in credit cards that is about to shut. Certainly, COF has been able to massively increase loans during this "window."; the question is can the back book of the credit card business be as well seasoned as their coffee. If so, investors will be appreciating a very tasty treat.

Does the Tesla Powerwall make Sense?