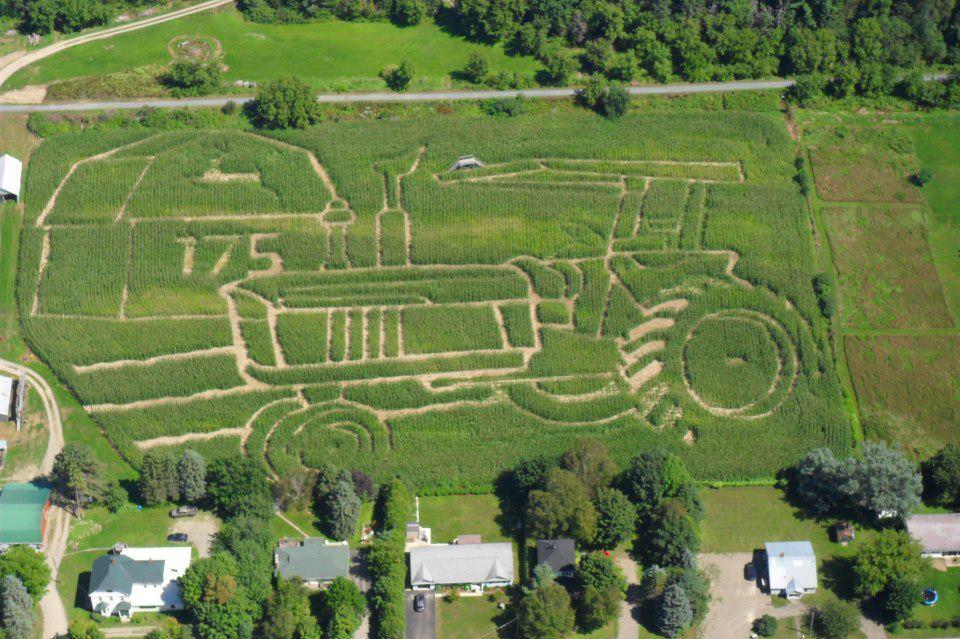 A picture in New Brunswick Canada in 2012 pays homage to Deere's 175th year.

The 180 year old company hit a record high today of $122 a share after it reported its Q2 earnings results. Earnings exceeded analyst estimates and were $802 million or $2.49 a share compared to $1.56 a share in the year ago period. Deere also increased its profit forecast to $2 billion from $1.5 billion.

Deere equipment operations grew at 2% this quarter compared to the 1% it had forecasted. Most of the recovery is attributable to South America, which has seen a bounceback this year. Deere now forecasts industry sales to be up 20% this year up from 15-20% in that region. This number is an industry figure so Deere's actual revenue growth in South America may be far higher than 20% or lower. The company has increased its revenue forecast equipment for sales growth of 9% in 2017; previously, DE had forecast 4% growth.

The company reported strong results in each of its units: Agriculture & Turf, & Construction and Forestry. Agricultural and Turf, includes farming products such as tractors & combines. Tractors can range in value from approximately $20K for the lower horsepowered tractors to well over $200K for the greater than 100 PTO (power take off) horse power tractors. Combines are large equipment machines that are used to harvest grain and are generally very expensive—greater than $200 K per machine. The company was also more optimistic on Canadian & US Sales. In the month of April, 319 combines were sold in the US compared to 318 last year. Combine demand was up 20% in March and tractor demand was up 6.9% to 25,499 units. Ag & Turf revenue was helped by a one-time $176 million dollar gain on the partial sale of SiteOne Landscape. Without this gain, operating profit in AG & Turf was $827, up from $614 M in the prior year.

The Construction & Forestry (C&F) division also saw revenues increase 7%. Deere increased its forecast for C&F sales to 13% for the year from 7%. Financial services profit is now expected to be $475 million down from a $480 million forecast.

Can the Costco Experience Keep up with Changing Technology?