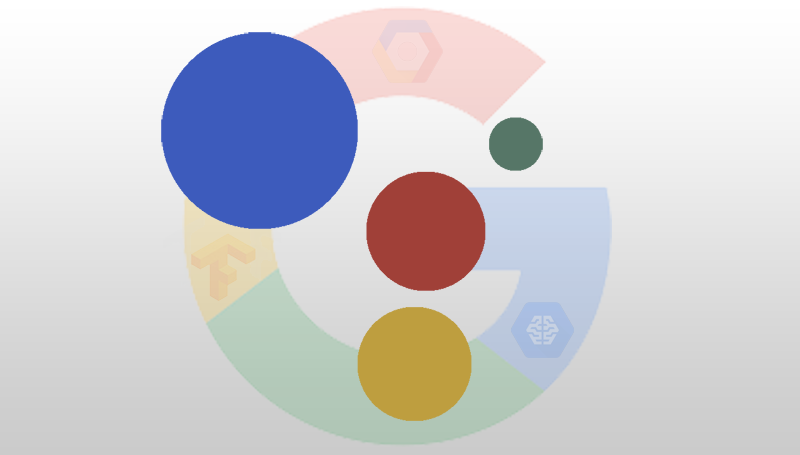 Google flexed its AI muscle in the kickoff of the annual Google I/O conference, showing that it's still way ahead of any competition when it comes to machine learning and the road to AI.

Some highlights include Google Lens, an application that allows you to point your phone at pretty much anything, and it will tell you what it is. Even pointing it at your Wifi username and password will automatically log you in and connect - an impressive feat that led many to think "It's about time".

In terms of hardware, the Cloud TPU was announced, which is a small chip capable of processing 180 teraflops (180 trillion floating point operations per second) which is optimized for machine learning. When stacked together in a "TPU Pod" at 64x the power, Google dedicated hardware can produce a staggering 11.5 Petaflops. Amazon, with its competing AWS services is likely eyeing these details in order to boost its own cloud services for machine learning.

Google snagged another feature from its competitors such as BlackBerry who has allowed typing to its assistant for years now. Google is only now releasing this feature. Essentially this saves the speech-to-text step, but is identical thereafter, and is useful for when the user doesn't feel comfortable talking to their device. Furthermore Google seemed to re-release the ability to have conversations with the assistant, but is now available on the iPhone.

With regards to monetizing its services, two large feature stood out. The first was being able to make a complex order transaction with a restaurant, adding "steak instead of chicken" for example, which was handled with ease by Google. The second was being able to make a super post to the Youtube chat by paying money - another way to monetize Youtube. This comes at a time where publishers are getting upset that Google is putting its own product ads on its videos taking away from publishers' revenue. This new revenue stream may benefit those with large subscriber bases who can have popular live streams.

Google is adding more layers of interactivity and creating more social connections by making sharing much easier and more automated. Sharing photos with friends and family will be zero to one clicks away with shared folders and machine learning to find out who best to share with.

Vitals is an interesting way to keep your phone healthy and data efficient. But Google is taking this a step further with Google Play Console Dashboards to give app developers metrics an information about batter drain, slow UI, usability issues, along with providing solutions to solve these problems.

The kickoff itself covered many aspects of what Google is working on. It's advances in VR include a new standalone device will keep the company on par or ahead of its fellow silicon valley competitors.

Can the Costco Experience Keep up with Changing Technology?