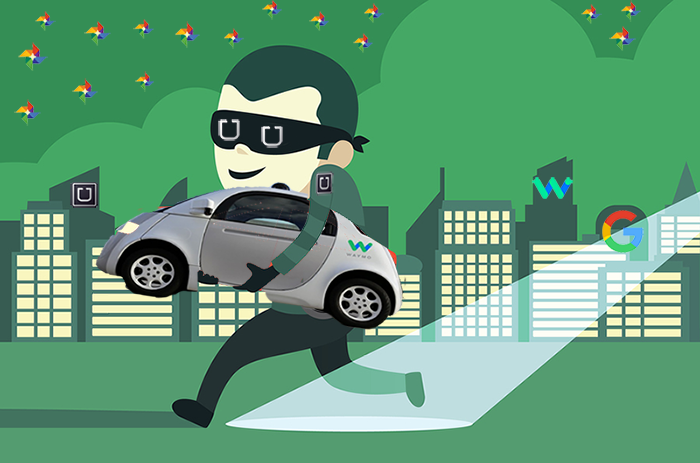 Uber has been known as a disruptive wildcard in the industry, but this time it went too far. Google's subsidiary, Waymo, which has been developing the technology around self-driving cars, is suing Uber subsidiary Otto for patent infringement and stealing trade secrets. The lawsuit became public in February, but now Google is pushing hard to enforce the lawsuit.

Google doesn't normally sue companies out of the blue unless it feels as though it was truly wronged. This seems to be the case, which has aggravated Google enough to launch a lawsuit.

To summarize a long series of events, automotive chief Anthony Levandowski was displeased while he was working at Google's Waymo, that Google wasn't moving fast enough in terms of getting self-driving cars into the hands of consumers. According to the lawsuit, he downloaded 14000 files shortly before leaving Waymo to start his own company called Otto. The company was soon bought by Uber for $700M despite not having a functioning product. Since then, Uber's self-driving technology has been moving an abnormally rapid speed, which prompted Google to open the suit against Uber.

This could be a massive setback for Uber which may be forced to stop advancing its infringing technology. It could also be damaging to Uber's reputation which continues to garner negative press related and unrelated to the lawsuit.

Self-driving cars is a necessary next-step for Uber. Once the company gets its hand on self-driving technology, it will no longer need any of its drivers. This will cut costs across the board and will make it so cheap for people to commute that they won't need to own cars. It has the potential of disrupting the industry, but at the same time, it may leave many jobless and protesting on the streets like the Taxis that they replaced years before.

The Blacker The Berry The Sweeter The Juice