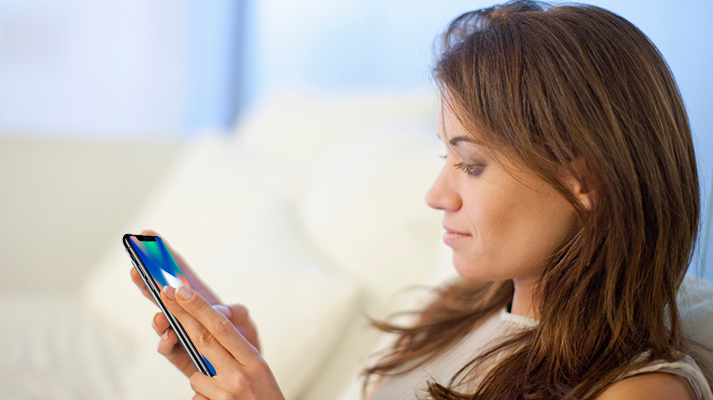 Face tracking and eye tracking software has been on smartphone for quite sometime. Early versions of Samsung's devices for example, were able to track a reader's eye movements at they read through an email, and scroll the page automatically as they neared the bottom. This was a cool, yet gimmicky feature that never really took off.

Apple's new A11 Bionic chip inside the iPhone X promises to bring bio-metric scanning abilities to a smartphone, like never seen before. So far Apple demonstrated how they can unlock the phone simply by looking at it. But Apple wouldn't spend 3 years to build this powerful chip for sole purpose of unlocking the phone. If developers get their hands on the new hardware, there could be a slew of applications. Apple intends to be the platform on which this new innovation will take place using its machine learning and AI platform.

One interesting use case would be important for advertisers who are displaying ads within apps on the phone. Advertising is a huge worldwide market. Google for example, makes billions of dollars each year and it's all mainly from advertising. Apple has wanted a piece of the pie in the past with its iAds program which was discontinued in June of last year. However, there are still plenty of advertisements within iPhone apps.

Advertisers want to know that they're getting their money's worth when they display an ad, and FaceID could verify that people actually watched or saw the ad. The ability to detect of people's eyes are open could differentiate between a real ad impression, and one that didn't make it to the consumer. Google is likely interested in this mechanism as well, which could mean that it's only a matter of time before the Android phone manufacturers bring more advanced bio-metric hardware onto their devices.