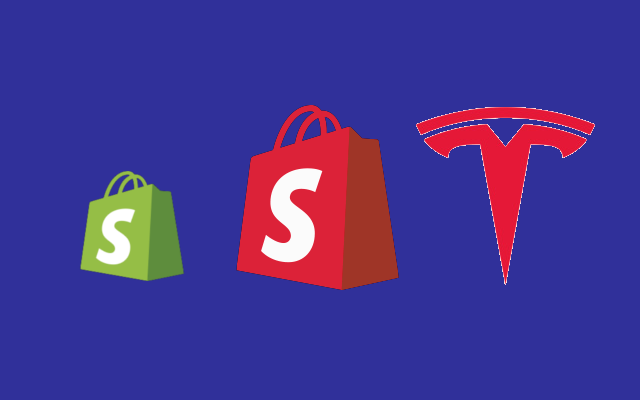 Bears believe that Tesla is highly overvalued, as its revenue and earnings are far too low to justify its market cap. However, Shopify is in a similar situation, but the stock keeps going higher, up 4% today and already up more than double since the beginning of the year.

Tesla is roughly 7.4x larger than Shopify. What if, for the purposes of a rough analysis, Shopify was 7.4x larger; how would it compare to Tesla?


Comparing the multiplied Shopify to Tesla, we get a company with the same market cap. With all else equal, the new company would be losing less money than Tesla but wold have about one third the revenue. Granted there are fixed costs and other considerations not taken into account, but this analysis shows the relative ratios of Shopify whilst compared to Tesla. It shows that Shopify is just as richly valued as Tesla if not more. Arguably Tesla is growing faster than Shopify and has many more catalysts coming in the near future, whereas Shopify is more of a steady but fast grower.

If investors believe that Tesla is overvalued, then look no further than Shopify for a similarly expensive stock.