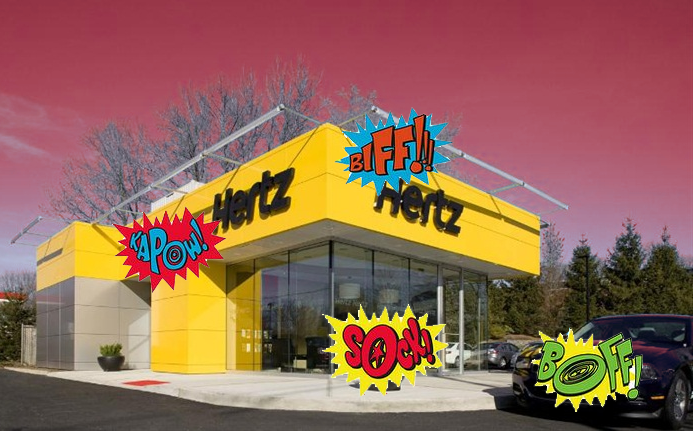 The rental car business is starting to feel the effects of a shift in technology and user preferences. Hertz has been hurt by reduced demand for its rental cars. While the company seems to be on the higher end of the spectrum in terms of price, users aren't having any of it. The company lost over $220 million compared to a loss of just over $50M last year.

The entire rental car business has become a commodity business with drivers simply looking for the cheapest cars to rent. Uber and Lyft are also taking share, with people preferring to use Uber as their transport of choice for entire vacations for example.

It's not just Hertz who has been affected. In the last two quarters Avis' earnings have shifted into the red with more pressure being put on the company, and rising costs seen over a year period, with shrinking revenue.

On Tuesday, Hertz announced a proposed $1B private offering of senior notes to help ease its debt load and financial situation. The entire market cap of the company is below $800M, while its debt load is over $14B.

Will Google Hit The Reset Button on Google Finance?