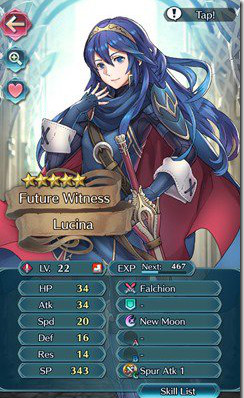 Pokemon GO was a huge win for Nintendo and its partners, which is said to have crossed the billion dollar revenue mark in February 2017. The excitement has died down for the game, but there are still avid players, and Nintendo and Niantic aren't done adding features into the game which could spur some more enthusiasm, especially as spring and summer roll around. The theme of getting up and moving has surely benefitted all players of the game, especially those in need of movement, who are usually found glued to a television set in someone's basement.

In February Nintendo also launched its second mobile game, bringing Fire Emblem Heroes to the masses. The interesting thing about these mobile games is that Nintendo can push updated at any time, and it controls the servers where the game data rests. For example, Nintendo rewarded Fire Emblem Heroes players with valuable in-game feather items for retweeting and essentially advertising the game on Twitter. This cost Nintendo nothing to get the word out, and it was able to update everyone's accounts with the rewards. The new model allows new levels and features to be seamlessly added into the existing game, which was not previously possible with traditional console games. This means that although excitement may have dropped as the game gets more mature, there are always new things that can be added to get people coming back. In Fire Emblem heroes, there were over 40 billion points scored in the game's latest Voting Gauntlet event, suggesting that millions of people continue to play the game a month and a half into its release. Releasing new characters and getting people exciting with daily updates is what's needed to get users playing and spending on in-game items.

The nice thing about Pokemon GO and Fire Emblem Heroes is that you can play completely for free. However if you run out of Pokeballs, or Stamina, or Orbs, things can get very frustrating as you are stuck waiting for items to replenish, need to go outside (yuck), or have trouble unlocking new characters. Orbs in Fire Emblem are key to unlocking new and powerful characters. The game quickly gets very stingy on orbs, making them very rare. Furthermore, there is only a 6% chance of getting a powerful 5-star character in the game which uses up 20 orbs for 5 dice rolls of trying to get rare characters. Even if you get a rare 5-star character, it may not be the one you want. Users can spend thousands of dollars on orbs to try and get their favorite characters in the Fire Emblem casino, and still end up with not much to show for. It's the excitement and frustration that can only be satisfied by spending money in the game to avoid a slow and grinding process, which allows Nintendo to rake it in. Fire Emblem Heroes grossed 2.9 million on its first day. According to Think Gaming, Pokemon Go earns $216000 daily while Fire Emblem Heroes earn 6 times less, making $38000 daily.

That said, the developers of the game continue to work hard in the never-ending quest to entertain the player sof the game. Funded by the percentage of people that have less patience or can't contain their excitment, for the benefit of all the players around the world.

Andrew Left has the last laugh at Bill Ackman (Valeant)