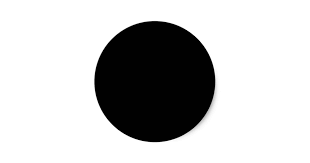 Last week, Tesla unveiled its Semi Truck concept and surprised audiences with a Roadster refresh. However the Semi is planned for sometime in 2019 and the Roadster for 2020. Everyone know that these projects will likely be delayed given Tesla's history of delays, and the current issues the company is having producing Model 3 electric vehicles.

On January 19th, 2011 [1], Elon Musk set out to build a mainstream electric vehicle for under $30,000 in under 4 years. Almost 7 years later, Tesla has just fired up the production machines which are having some trouble getting past the starting line. The Model 3, which required a gigafactory for battery production, was later pushed to 2020 as the release date. However, after raising billions of dollars from the open market, Tesla figured it could reach its 500k goal by 2018. Musk predicted over 1500 cars by the end of last quarter, of which the company was able to build 260. The run rate was supposed to be 5000 per week by the end of this year and 10000 per week by the end of next year, however the production curved was pushed forward by 3 more months.

While these 3 extra months aren't a long time in the grand scheme of things, competitors such as GM and Volvo have started to move in. GM's Volt and Bolt cars are catching up, and virtually every car company is now working quickly to produce electric vehicles. Volvo has recently announced a deal with Uber to supply them with thousands of self-driving cars - something that Tesla promised years ago. However Tesla has had other setbacks as well in the self-driving division; with its loss of MobilEye, Tesla is now far behind of where they were just last year.

So why unveil the truck and the Roadster now amidst all these issues? Tesla is burning through cash at an astounding rate of about $1 billion a quarter. However, instead of going to the open markets to raise more capital, it is using preorder money to keep its business going. The Roadster is accepting $50,000 downpayments to reserve the vehicle. For the founder series, the reservation fee is the full $250,000, of course 3 years in advance of the product's release, and there's only 1000 of them. That's $250 million just on a few reservations, but it could keep the company alive for another month or so at this rate. Even The Boring Company, Musk's side tunnel digging project, raised $300k in an IHO, Initial Hat Offering, by selling hats to raise money.

So far Tesla keeps taking investor and believer money, but hasn't delivered any new products lately. It is always late on its promises, and this time, Musk seems to be betting the entire company on the launch of the Model 3, which so far has been late.

There is one Bright Spot in the Market